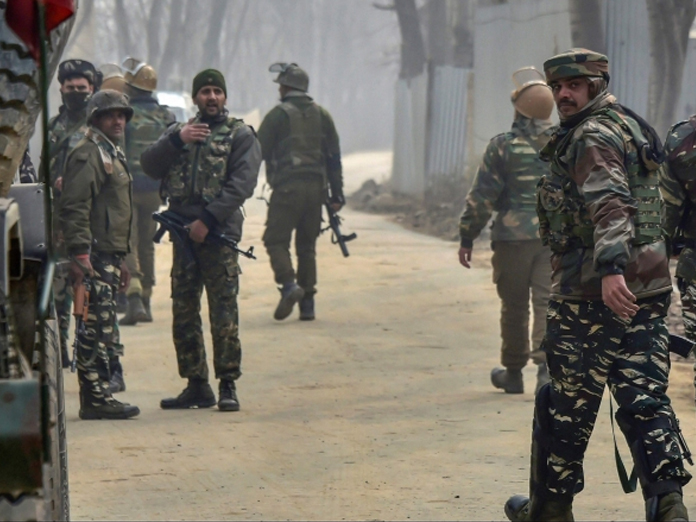 Kupwara:Exchange of fire between security forces and terrorists has stopped in Jammu and Kashmir's Kupwara district on Saturday.

On Friday, four security personnel including two policemen and two CRPF jawans, succumbed to their injuries during an encounter with terrorists in Handwara town of Kupwara district. One civilian was also killed in the encounter, officials said.

Based on credible input about the presence of terrorists in Baba Gund area of Kralgund in Handwara, a cordon and search operation was launched on Friday jointly by police and security forces in the area, the police said.

The encounter broke out after the terrorists fired indiscriminately on the search party.

The slain civilian was identified as Waseem Ahmad Mir.