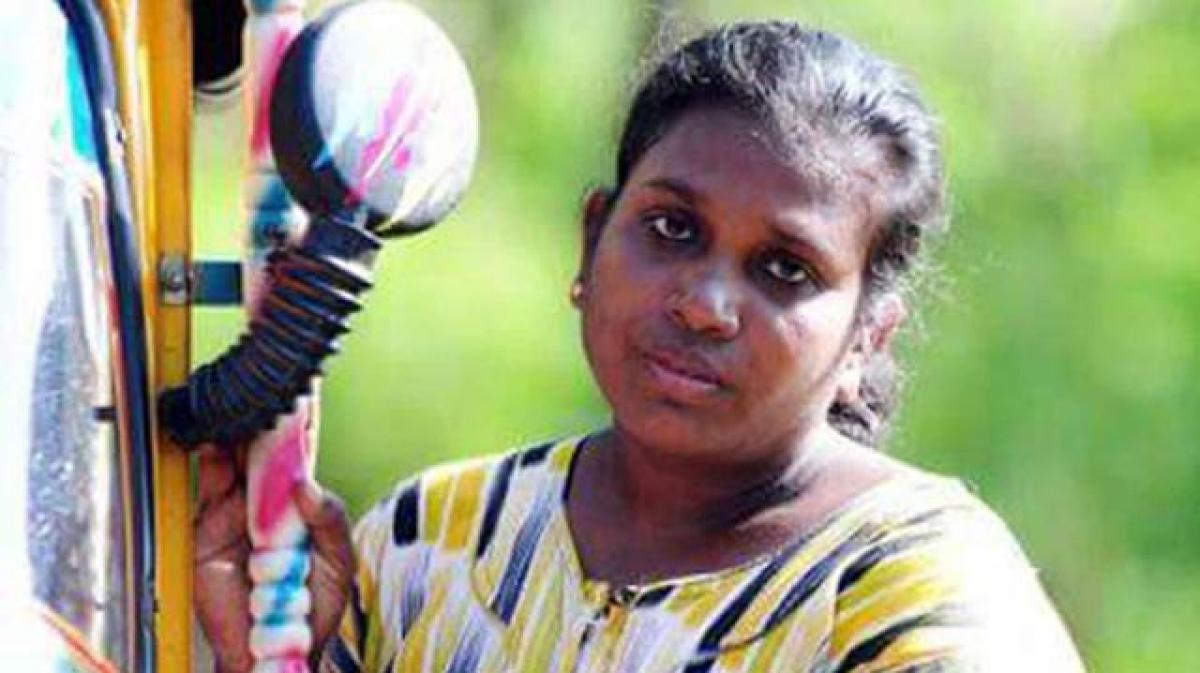 In the prosperous district of Kannur in one of India’s most prosperous states, Kerala, Eramangalathu Chitralekha, 39, was the first Dalit woman to drive an autorickshaw in 2005.

In the prosperous district of Kannur in one of India’s most prosperous states, Kerala, Eramangalathu Chitralekha, 39, was the first Dalit woman to drive an autorickshaw in 2005. Her new profession immediately angered the upper castes, who taunted her and threatened violence. One day, that year, her autorickshaw was set ablaze. In 2013, it was damaged beyond repair. The district collector gifted her a new autorickshaw in June 2014, but on March 4, 2016, it was destroyed again.

Chitralekha is unclear about her future, but she is clear that she is a victim of Hinduism’s deep-rooted caste discrimination. “My house was ransacked by Nair (upper caste) men. My son was humiliated and forced to drop out of school after eighth grade when stories started doing the rounds that I was a woman of loose morals,” she said. “He’s 22 now and still to find a job.” Chitralekha is a Pulaya, a people termed adiyar, or slaves, in her village of Edatt. “We are low born,” she explained. “We are not permitted to draw water from the same well or eat from the same plates or drink from the same glasses used by the upper castes.”

The destruction of Chitralekha’s autorickshaw was one of numerous crimes reported in 2016 against Dalits, lowest of Hindu castes: From stopping the entry of Dalits into temples-in Uttarakhand, a bridegroom in Haryana, a community in Karnataka-to burning homes and beating women, the murder of a Dalit who married an upper-caste woman in Tamil Nadu and the rape and murder of a law student in Kerala.

These incidents are random snapshots of violence against scheduled castes (SCs) and scheduled tribes (STs) nationwide in 2016, for which data has not yet been compiled. It is unlikely that crimes against SCs and STs - up 40 per cent and 118 per cent over five years to 2014 - will buck the trend visible in National Crime Records Bureau data.

Not only do SCs and STs - who comprise 25 per cent, or 305 million, of India’s 1.2 billion people - endure historic and systemic discrimination, as the first part of this series showed, they are targets of growing violence, as they attempt to improve their lives in the world’s fastest-growing economy. Discrimination endemic As the relentless attacks on Chitralekha show, education and prosperity are no guarantee that attitudes will change. With India’s highest literacy rate and seventh-highest per capita income, Kerala also has among the highest crime rates against SCs and STs relative to its population.

“Whenever I filed a complaint against the goons, the police would let them go scot-free,” said Chitralekha. “The second time I went to lodge a complaint, the sub-inspector threatened to arrest me, instead.” However, better reporting and registering appears to be a reason for the rising numbers of crimes against SCs and STs, from 33,412 (SCs) and 5,250 (STs) in 2009 to 47,064 (SCs) and 11,451 (STs) in 2014. But the reluctance to register cases continues, as our conversations with Dalit survivors of violence indicated.

Kancha Ilaiah, director of the Centre for the Study of Social Exclusion and Inclusive Policy of Maulana Azad National Urdu University, Hyderabad, said rising violence against SCs and STs was a backlash to growing assertiveness. According to NCRB data, 704 murders and 2,233 rapes against SCs and 157 murder cases and 925 rapes against STs were reported in 2014. “They (upper castes) are feeling insecure because of the progress of the SCs and STs,” said Ilaiah. “It is the natural course of history. The upper castes are still stuck in a world where the Dalit and the tribal are untouchables, to be treated as slaves.”

In February 2016, when the national capital region of Delhi was rocked by violent agitators demanding reservations for upper-class Jats, Dalits were attacked indiscriminately and some reported killed. Those riots were a manifestation of India’s inability to create enough employment for the million young people who join the job market every month. Organised industry added no more than 500,000 jobs in all of 2014, as IndiaSpend reported in February 2016. Upper castes, said experts, battle amongst themselves but join to keep Dalits out of the race.

Compared to a 45 per cent conviction rate for all IPC cases, no more than 28 per cent of crimes against SCs and STs end in conviction, according to NCRB data. “Our police carry their caste with them; even when they are on duty, they practice discrimination,” said Ilaiah. Former Maharashtra Director General of Police Rahul Gopal confirmed official discrimination. “There were instances where the police discriminated against people from the lower castes,” he said. The Prevention of Atrocities Act is of little help.”