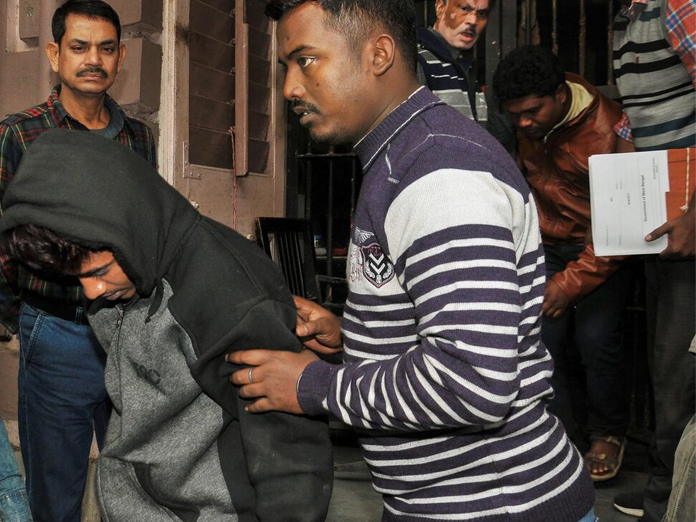 Kolkata: The city police on Sunday arrested eight improvised firearms and fake Indian currency dealers from Narkeldanga Police Statio area. The Special Task Force (STF) officials said the arrests were made following a tip-off while the dealers were trading Fake Indian Currency Notes (FICN) and improvised firearms among themselves.

Counterfeit notes of face value of Rs 60,000 along with three pieces of improvised 7 mm semi-automatic pistols with dual magazines and 21 rounds of live cartridges and 14 semi-finished firearms were seized from their possession.

The arrests were made under Arms Act 1959 and sections of IPC on conspiracy and waging war against the state, the sources added. The arrested were later produced before the Court of Chief Metropolitan Magistrate here, which remanded them to police custody for 14 days, the sources said.