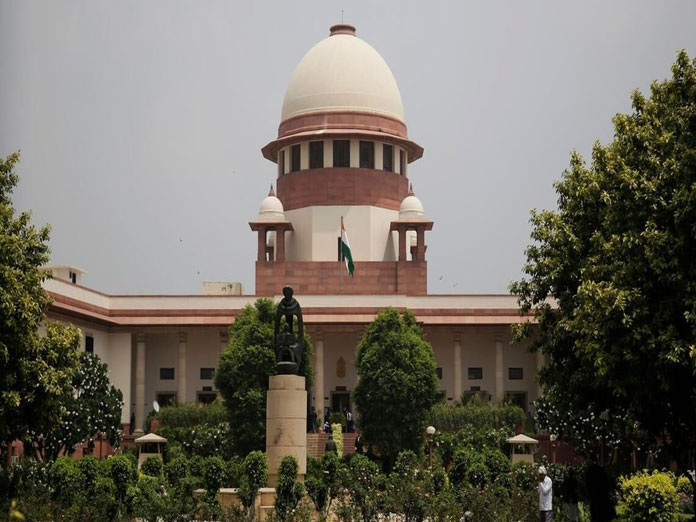 After the Supreme Court on Tuesday suggested a resolution of the Ram JanmabhoomiBabri Masjid title dispute through mediation, the Ram Janmabhoomi Nyas and Muslim litigant Iqbal Ansari in the case opposed the proposal, saying such efforts have failed in the past The Supreme Court also fixed next Tuesday as the date for passing its order on whether to appoint a mediator and gave eight weeks time

New Delhi: After the Supreme Court on Tuesday suggested a resolution of the Ram Janmabhoomi-Babri Masjid title dispute through mediation, the Ram Janmabhoomi Nyas and Muslim litigant Iqbal Ansari in the case opposed the proposal, saying such efforts have failed in the past. The Supreme Court also fixed next Tuesday as the date for passing its order on whether to appoint a mediator and gave eight weeks’ time for verification of the translation of the documents, translations and records in the case.

“Even if there is 1% chance for mediation between the parties (Hindus-Muslims) we should give it an opportunity,” justice SA Bobde, one of the five judges comprising the Constitution Bench hearing the title suit, said.Mahant Nritya Gopal Das, head of the Ram Janmabhoomi Nyas which has been spearheading the Ram Mandir movement across the country, said all forms of mediation on the issue have “failed to deliver results in the past.”

“Mediation will simply kill time and delay any verdict on the title dispute. After waiting patiently for such a long duration for judgment on the Ram Janmabhoomi issue, we do not want mediation anymore,” Das said.The Vishwa Hindu Parishad (VHP) was also against any form of mediation. “When the court case has reached its last phase (in the Supreme Court) appointing a mediator will further delay the construction of the Ram temple in Ayodhya,” said VHP’s regional spokesperson Sharad Sharma.

The Muslim litigant in the case Iqbal Ansari also came out strongly against the Supreme Court’s suggestion for a mediator. “My father late Hashim Ansari (the original litigant in the Ayodhya dispute) tried to have out of court settlement on many occasions but all efforts failed,” he said. “When both Hindu and Muslim litigants have agreed to abide by the court’s order, why this new mediation process? All forms of mediation have failed,” Ansari asserted.

The five-judge bench was reconstituted after justice UU Lalit, on January 10, recused himself from hearing the matter after it was pointed out to him that he has in the past appeared in a contempt case related to the title suit. Justice NV Ramana was also replaced on the bench. Justice Bhushan and justice Nazeer, who came in instead of justice Lalit and justice Ramana, were part of a bench headed by the then Chief Justice of India Dipak Misra which last year declined to refer an old judgment about whether a mosque is integral to Islam or not, to a larger bench.

The top court had on January 27 cancelled a scheduled January 29 hearing because justice Bobde was not available that day.Fourteen appeals have been filed in the top court against a 2010 Allahabad High Court judgment, delivered in four civil suits, that the 2.77-acre disputed land in Ayodhya be partitioned equally between three parties — the Sunni Waqf Board, the Nirmohi Akhada and Ram Lalla, the child deity.