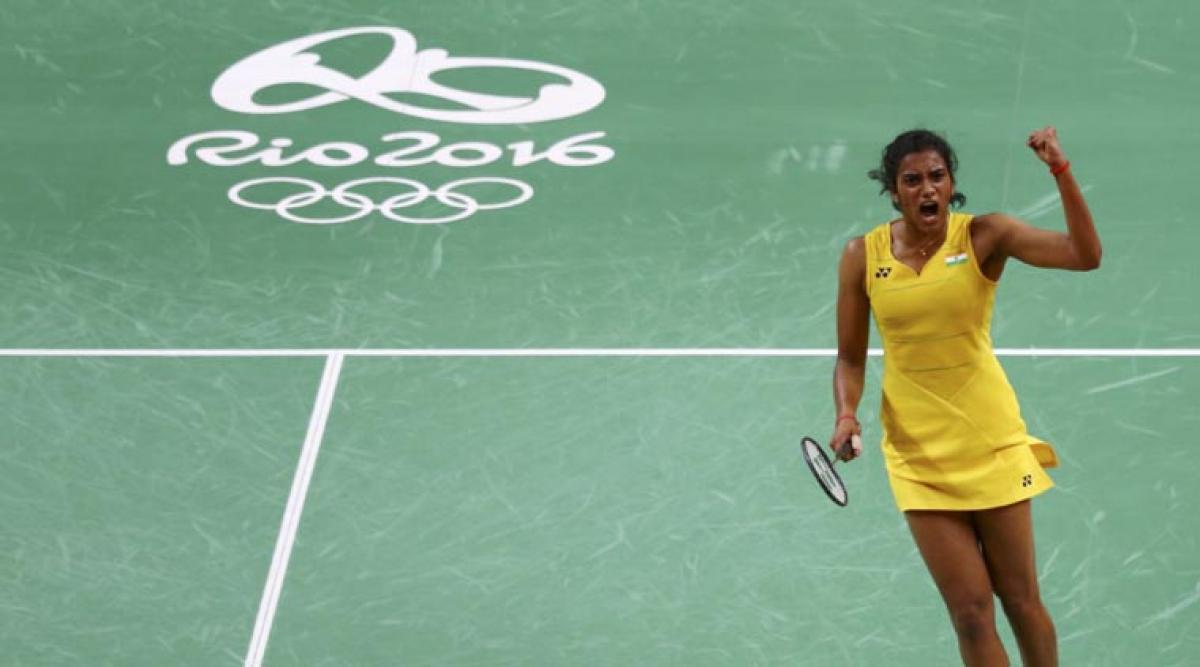 The 21-year-old Indian, who came into the match with a 2-4 head-to-head record, dished out a compact game to outmanoeuvre the more experienced Wang 22-20 21-19 in a gruelling battle lasting 54 minutes.

With the memorable win, Sindhu became the second Indian badminton player to reach an Olympic semifinal after Saina Nehwal achieved the feat four years ago.

It was a battle of nerves as the duo engaged in fast-paced rallies with each trying to close out the points. Some fierce stroke play was on display with the one having better control prevailing over the other.

In the opening game which lasted 29 minutes, Wang raced to a 3-0 lead after dictating the pace of the rallies before Sindhu grabbed a couple of points. The Indian made it 5-5 after Wang hit the net. Sindhu showed some good judgement and accumulated points riding on her opponents unforced errors but Wang still entered the break with a 11-8 lead.

Sindhu, who had beaten Wang in the Denmark Open last year, grabbed three straight points to make it 11-12 but left a shuttle at the baseline next. The Indian levelled par at 13-13 when Wang hit it way wide off the court.

Sindhu tried to make Wang cover the longest distance by pushing her to the back corner and then drawing her forward to the net, earning her a few points. The Indian used her reach to play some reverse angled strokes to catch Wang off guard and grabbed the lead when Wang found the net.

At 18-18, Sindhu won a video referral to get two crucial game point advantage after once again Wang's return buried at the net. What came next was the longest rally which ended with Wang winning the point with a forehand return at the back of the court. The Chinese then roared back when Sindhu hit the nets.

Sindhu's cross court returns set up the next point for her and then she earned the bragging rights when Wang missed the line once again.

With cheers of 'jetega bhai jetega India jetega' reverberating in the stadium, Sindhu took the court for the second game and soon opened up a 8-3 lead, much to the delight of the Indian fans.

There was absolutely no margin for error as the duo tried to outwit each other. In the end it was Wang who failed to rein in her errors to allow Sindhu reach the break with a 11-8 advantage after sealing an aggressive parallel rally with a powerful smash.

Everytime the 21-year-old Sindhu outplayed her more experienced rival, she seemed more pumped up as it was followed by a loud cheer from the Indian fans. There were occasional exchanges of looks with coach Pullella Gopichand, who was seen constantly giving his feedback from the sideline.

At 18-13, Sindhu moved into a five-point cushion when Wang pushed one wide. The Chinese showed great fighting spirit to reel off the next six points and grabbed the lead with a mid court smash.

A good return of serve made it 19-19 before the Indian secured the match point with a powerful smash. Wang hit the net on the decisive point as Sindhu fell to the ground in jubilation.