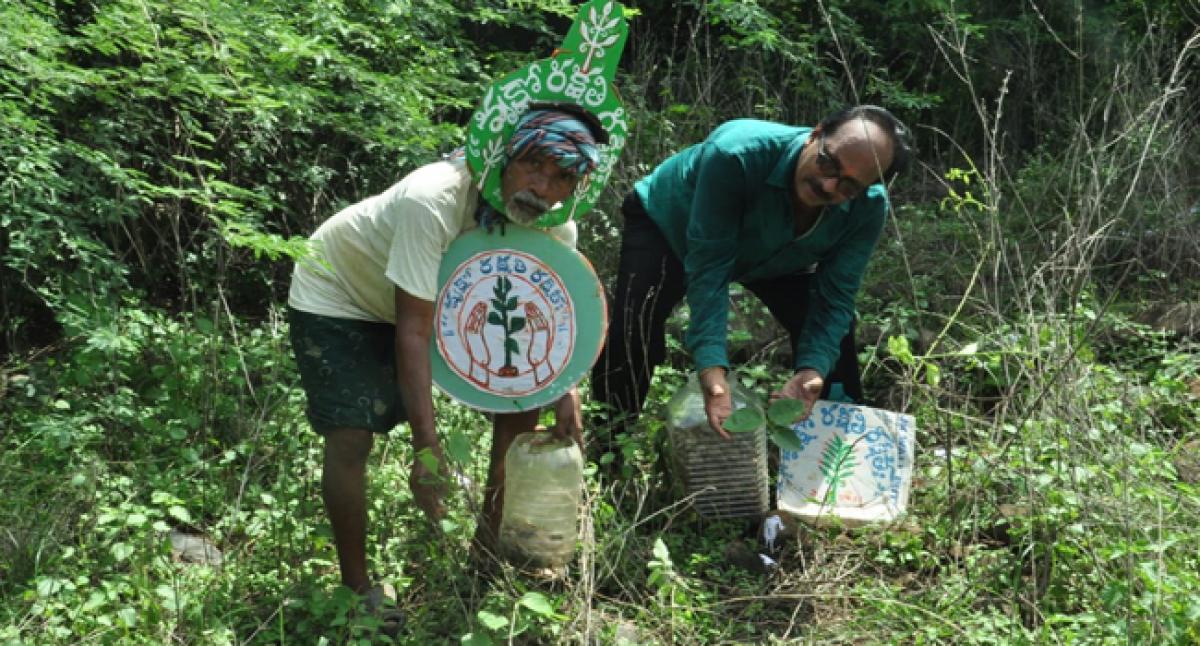 Venu Gopal said he had a meeting with Vanajeevi Ramaiah at Annam Seva Foundation during his birthday celebrations and expressed his desire of sowing of seeds on hill regions to increase the green cover.

He also said Vanajeevi Ramaiah told Venu Gopal that he had sown the seeds on either side of roads between Khammam and Mahabubabad district, between Tallesitathanda village and Bangla Road and Chintapalli Road and bypass Road.

Venu Gopal by purchasing about 15 kg of red sandalwood seeds, three kgs of tamarind seeds and took up operation sowing along with Vanajeevi from morning 8 am to afternoon in 50 acres at Panadavulorigutta.

Venu Gopal expressed his happiness for being a part of the mission Green Brigade Darepalli Ramaiah who is determined to transform all hill regions into greenery. He urged the students and peoples of all walks to participate in planting saplings for protecting the environment.