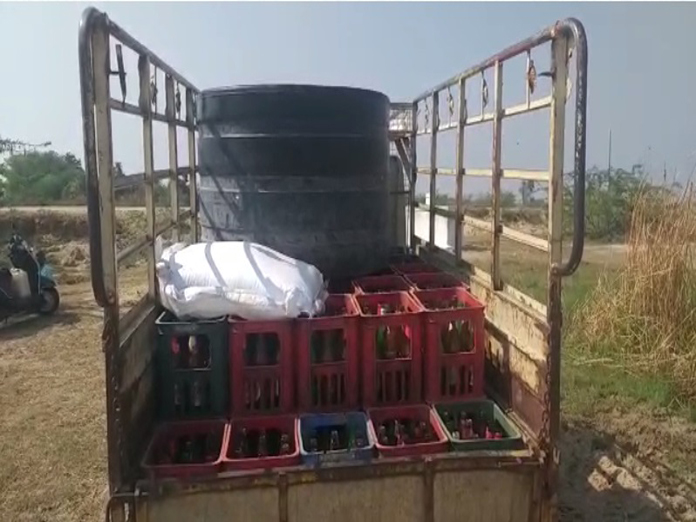 Nagarkurnool: The toddy mafia is spreading its claws in the district with many manufacturing and selling adulterated toddy to people and playing with their health.

With the toddy mafia going unabated, the civil society organisations and members of CPI have accused the Excise department officials of hand in glove with the toddy mafia and not boking cases against them though the business of adulterated toddy is thriving in the Kollapur area of the district.

Speaking to The Hans India, Fayaz Ali, a member of CPI from Kollapur said, “The toddy mafia in Kollapur has been thriving for the past few months and despite repeated complaints against the adultered toddy manufacturers to the Excise and police departments, the pleas went ignored and no action has been taken so far.

This clearly speaks volumes as to what is brewing between the Excise department and the adultered toddy manufacturers. The corrupt Excise officials are turning a blind eye and not a single case has been booked against the adultered toddy sellers in the mandal.”

While on one hand the State government is taking stringent measures to curb the manufacturing of adulterated toddy in the State, here in Kollapur, with the Excise officials being in hibernation, the toddy mafia is brewing toddy by using Reverse Osmosis (RO) water filter and are mixing harmful chemicals in the large water tanks and changing the colour of the water to get a similar look as toddy. They are adulterating the toddy with harmful chemicals like citric acid to give the high kick and essence similar to toddy.

For instance, the water plant agents near Choutabetla village of Kollapur mandal have already installed RO plants and using this plant, they have set up illegal toddy manufacturing centre and producing large quantities of toddy by mixing the water with chemicals.

Currently there are 10-15 illegal and unlicensed water plants operating in and around Kollapur and majority of them are supplying water to toddy manufacturing centres, who intern are making huge profits by selling the adulterated toddy.

“Usually water is mixed with harmful chemicals and substances like CH, Dizoform and other materials that gives toddy like taste which are very harmful to human body. Addicted people will develop mental and neural disorders due to the intake of spurious toddy,” said Fayaz Ali.