The Ramakrishna Phenomenon - An Artistic Perspective

The Ramakrishna Phenomenon - An Artistic Perspective. Frank Dvorak, The Famous Artist From Austria Was A Direct Disciple Of Swami Abhedanandaji.

Frank Dvorak, the famous artist from Austria was a direct disciple of Swami Abhedanandaji. He was unmarried and observed strict Brahmacharya. Frank had a beautiful sister – Helena who was also unmarried and led a truly spiritual life full of love and compassion. Frank had the good fortune of meeting Swami Abhedanandaji at London in the year 1909. Swami Abhedanandaji, it may be recalled, was one of Sri Ramakrishna’s most ardent disciple and he possessed deep spiritual powers like Swami Vivekananda and was also an erudite scholar. He was globetrotting with the primary aim of spreading Sri Ramakrishna’s gospel of “Universal Spirituality”.

Of course, before meeting the great Swami at London, Frank did have a few interactions with Swami Saradanandaji who was then a senior monk of the Ramakrishna order. Frank painted the portrait of Holy Mother Saradadevi based on Swami Saradanandaji’s portrayal. It may be recalled that Frank Dvorak’s spiritual journey culminated at the feet of Holy Mother Saradadevi through an astonishing and miraculous wave of spiritual current vis-à-vis Bhagwan Sri Ramakrishna Paramahansa who played the role of a catalyst in Frank Dvorak’s life.

One day the Prague based painter saw in his dream a bearded holy man and immediately a realization dawned upon him that the “ bearded holy man” must be an Indian saint. Frank became restless as he pursued with his search for the identity of the holy man who appeared in his dream. After a fortnight of frenzied search and speculation, Frank mysteriously landed up with a book entitled – “Life and Sayings of Sri Ramakrishna”, written by the world-renowned German philosopher – Max Muller. As Frank flipped through the pages of the book, he came across the photograph of Sri Ramakrishna and immediately a new awakening arose inside him. Yes, this was indeed the bearded holy man who appeared in his dream and out of sheer reverence he went through the entire book at one go. Needless to say, from that very day, Sri Ramakrishna became his spiritual guide in life’s long journey.

Ever since that dream in which Frank saw Sri Ramakrishna, he had a burning desire to do a life size oil painting of the Master. With this in mind, he had written to both Swami Saradanandaji as well as Swami Abhedanandaji to send him a few photographs of the Master in his various mystical moods. Swami Saradanandaji, without wasting any time, sent three rare photographs of Sri Ramakrishna to Frank Dvorak. The first photograph was the one with Sri Ramakrishna sitting in a crossed-legged posture at Dakshineswar Temple. The second one was with the Master standing at Keshab Sen’s residence and the third also with the Master clad in a Dhoti with his hand resting on a pillar.

Out of all the three photographs, Frank chose the one with the Master standing at Keshab Sen’s house. But, there was an aberration. Instead of depicting the Master with eyes closed, Frank wanted to paint the portrait of the Master with his eyes wide open, almost like sending a divine invitation to all the troubled souls of this universe to come and drink the holy nectar of spirituality. But, Frank still had his doubts and was skeptical about his plan. After days of intense speculation, one night, in a rare spiritual vision, Frank saw Sri Ramakrishna appear before him with eyes wide open, radiating unfathomable love and spiritual grace. 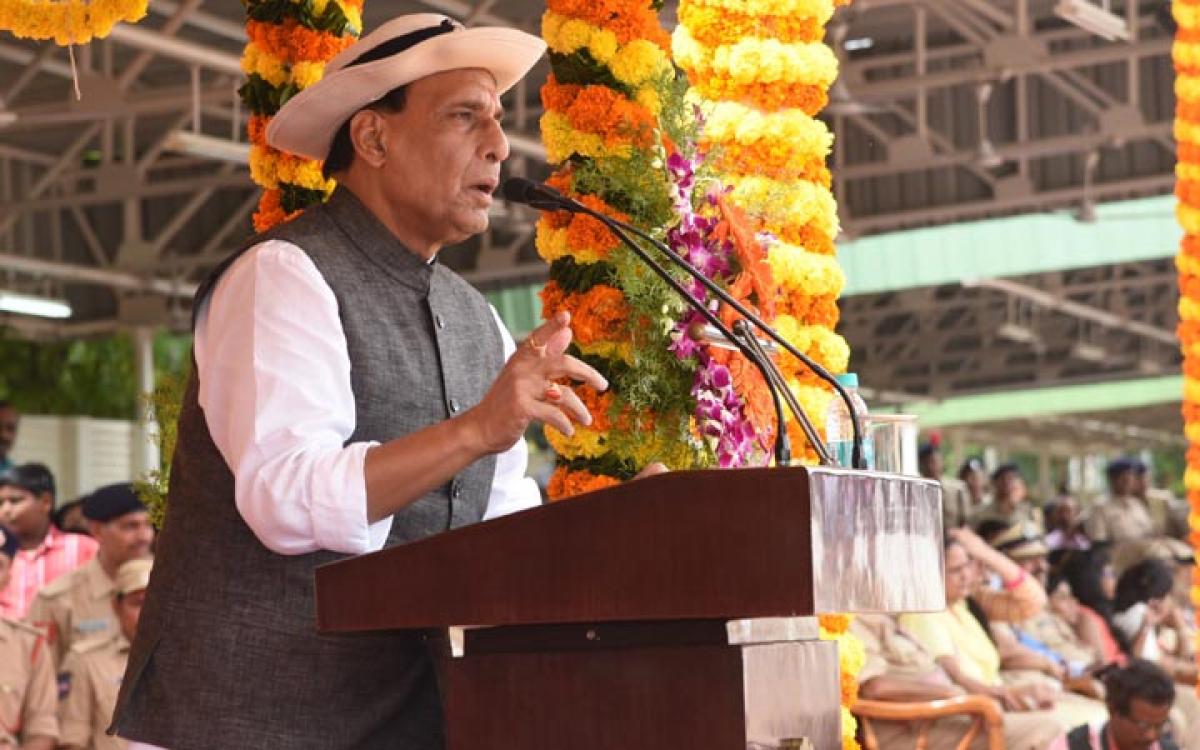 Based upon this revelation, Frank Dvorak went the whole hog and painted the portrait of Sri Ramakrishna with his eyes open, which is today regarded by the connoisseurs of art as a masterpiece.

After successfully painting the portrait of Sri Ramakrishna, Frank did not rest on his laurels. Neither was he carried away by the rave reviews and adulation he received for painting such a gem of a portrait. Instead, his spiritual zest made him to hold the painter’s brush all over again. His innate desire was to paint the portraits of Holy Mother Saradadevi and all the inner circle disciples of Sri Ramakrishna. Unfortunately, Frank Dvorak’s desire remained unfulfilled as he passed away for his heavenly abode. But, before his passing away, he did manage to complete the painting of Holy Mother and also the portraits of Swami Vivekananda and Swami Abhedananda. 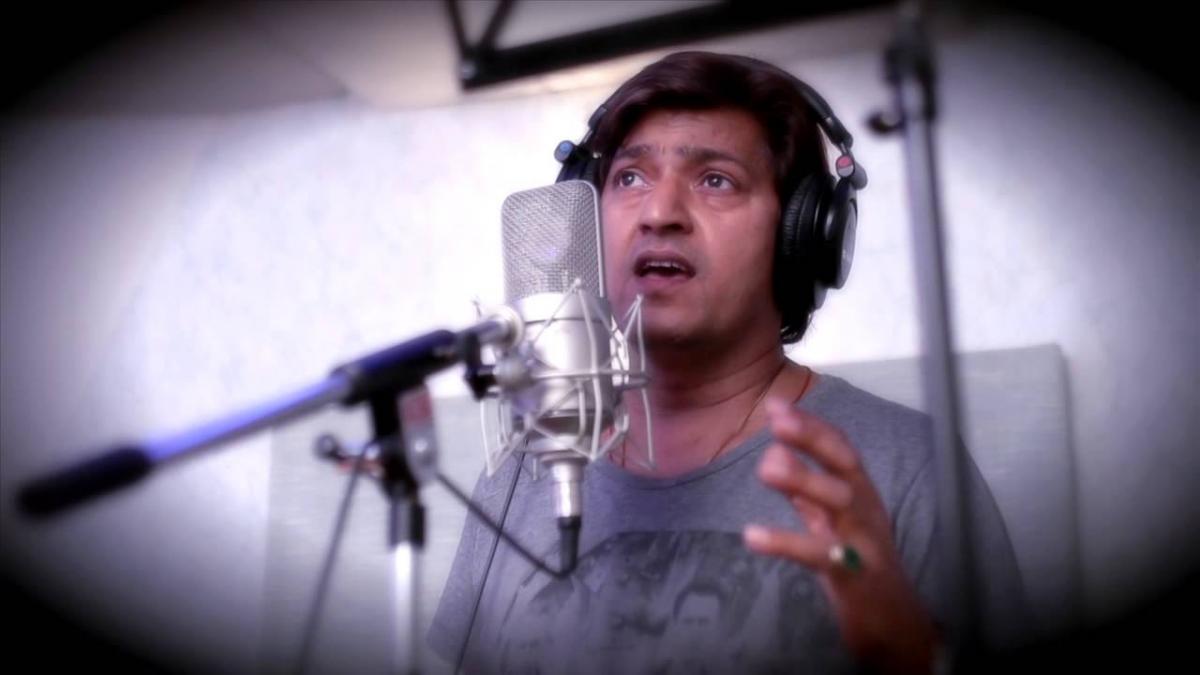 Since Frank Dvorak passed away soon after finishing Holy Mother’s portrait, Frank’s sister Helena took over the cudgels and as per her brother’s desire to see the portrait of Holy Mother being placed next to Sri Ramakrishna, she sent the portrait of Holy Mother to Swami Saradanandaji’s Udbodhan office at Calcutta. But, in a curious twist of fate, by the time the portrait reached Calcutta, the local Post Office learnt to their utter surprise that Swami Saradanandaji had passed away for his heavenly abode and in his place Ganen Maharaj was given the responsibility of running the day to day affairs of the Udbodhan office.

Accordingly, the postal department approached Ganen Maharaj and requested him to take possession of Holy Mother’s portrait, which was sent by Helena Dvorak all the way from Czechoslovakia. Since the parcel charge levied on the portrait was exorbitant, Ganen Maharaj asked the Postal Department to send the portrait back to Helena.

It was a painful experience for Helena to see the portrait being returned to her. A strong willed lady that she was, Helena wasn’t the one to give up so easily. She had Swami Abhedanandaji’s New York address and she wrote to the revered Swami about the painful experience of Holy Mother’s portrait being returned to her from Calcutta. By the time Helena’s letter reached the New York Vedanta Center, Swami Abhedanandaji had departed for Calcutta and accordingly the letter was re-routed to Calcutta. Swami Abhedanandaji after going through the contents of the letter replied to Helena to immediately send the Holy Mother’s portrait to his Calcutta address. The great Swami further consoled her bruised ego with the message that once the portrait reached Calcutta, he would place Holy Mother’s portrait next to Sri Ramakrishna’s and thereby fulfill her brother Frank Dvorak’s spiritual desire.

As per the quotation of the Secretary, the Postal Department levied a charge of Rupees Seventy-Five (Rs. 75/-), which had to be paid then and there if Swami Abhedanandaji were to have possession of Holy Mother’s portrait. Here again there was a problem brewing – lack of money! Neither the Swami nor the Secretary had the requisite amount of money with them, the payment of which would have entitled them to have possession of the portrait.

The situation was alarming. But with Sri Ramakrishna’s grace, the impossible was made possible. Cometh the hour, cometh the man. At this critical juncture, Ganen Maharaj from Udbhodan Office was passing by the Post Office and upon seeing Swami Abhedanandaji in a pensive mood, he walked inside the Post Office and after hearing the entire story from Swami Abhedanandaji, put his hands on his wallet to see if he had the requisite amount of money. To everyone’s surprise, Ganen Maharaj had exactly Rupees Seventy Five in his wallet. The Swami borrowed the money from Ganen Maharaj and ultimately made the payment to the Post Office.

Once the rituals were over, Swami Abhedanandaji wrote an inspiring letter to Helena Dvorak, informing her that ultimately Holy Mother’s portrait which she had sent all the way from Prague had found its rightful place at the altar of Vedanta Samiti Bhawan, Calcutta and that her brother Frank Dvorak’s dream had come true.

Helena was overjoyed when she learnt from Swami Abhedanandaji’s letter that the great Swami had not only received the portrait but had also rightfully placed it alongside Sri Ramakrishna’s portrait which too was painted and presented to the Vedanta Samiti Bhawan by his brother Frank Dvorak when he was alive.

In an emotional letter to Swami Abhedanandaji, written by Helena Dvorak in the year 1928 from Prague, she thanked the great Swami for fulfilling his late brother’s dream. We also learn from Helena’s letter to Swami Abhedanandaji that she had herself sent the amount of Rupees Seventy Five, which was initially paid by Swamiji to the Calcutta Post Office for the release of Holy Mother’s portrait.

Swami Abhedanandaji regarded the portrait of Holy Mother to be a living embodiment of the mother goddess Kali (Joroshi). He once remarked – “My gut feeling says that all portraits of gods and goddesses of the Hindu pantheon reflect the youthful spiritual vitality. If we consider ancient Indian art and culture, we find that most idols of gods and goddesses bear that unmistakable mark of spiritual vitality”.

According to Swami Abhedanandaji, there were many who regarded Holy Mother Sarada Devi’s portrait to be “Westernized”. But as far as he was concerned, Frank Dvorak’s portrait of Holy Mother transcended the narrow confines of nationality and signified the universal appeal of Devi Shakti (Power of Female Goddess), which was apparently inherent in Holy Mother’s personality.

Swami Abhedanandaji is further quoted as saying – “Ordinary people are traditionally orthodox when it comes to worshipping gods and goddesses. They will never tolerate anything, which is outside their religious and spiritual domain. As far as the average Indian is concerned, photographs of gods and goddesses have to comply strictly with the original photograph and no innovation is ever tolerated”. Photographs according to the great Swami is the “art of capturing and reproducing a particular moment, maybe of a few seconds”. So when we talk about the photograph of a particular person, we are essentially talking about his personality as captured by the camera at that moment of time. Thus, according to Swami Abhedanandaji, photography as such cannot provide any clue to a person’s past or for that matter his future. He was unanimous in his view that photography as an art was imperfect.

When a painter paints the portrait of a particular person, he or she tries to visualize the entire personality of the man in question, which involves knowing about the person’s past, present and future. Based upon the painter’s introspection of the person, he develops an imaginary pen picture of the person to be painted. Thus, the end result or the portrait may not necessarily comply with the person’s original features. Nonetheless the portrait is the sum total of events that built up the history of his or her own life.