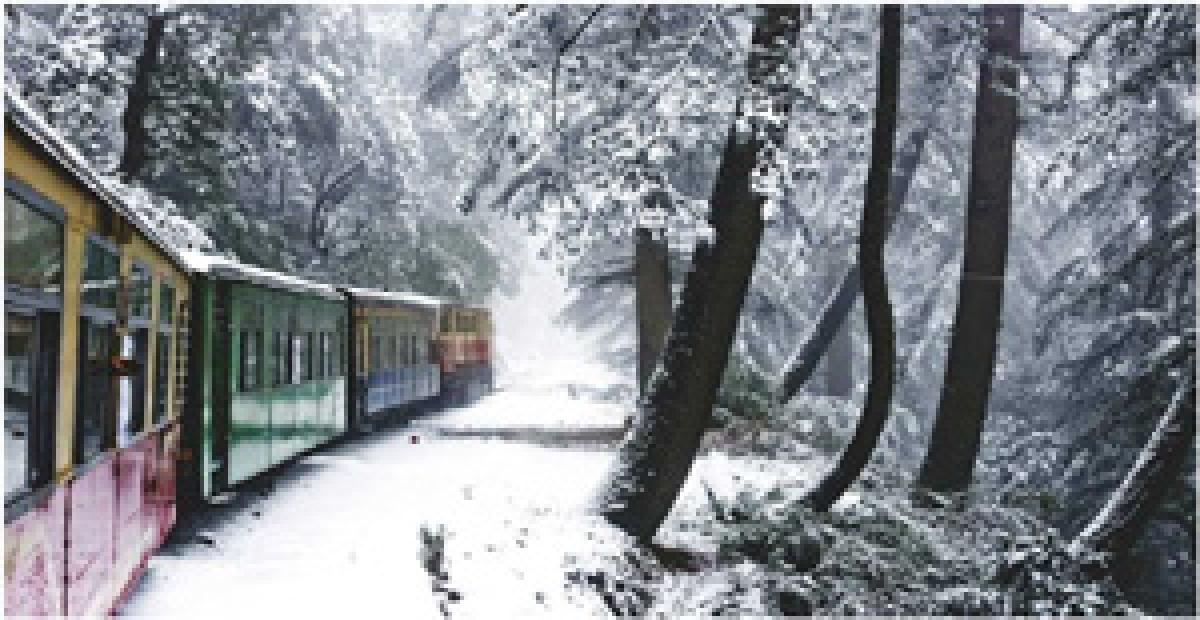 World Heritage Day is celebrated on 18th April. Indian Heritage is one of the most influential in the world and has left its golden footprints in the world heritage.

The past unfolds itself through Heritage. Heritage is our identity. The Heritage icons like monuments, traditions ,nature, culture contain in them the history of the most ancient civilizations when man started living in groups, followed particular traditions and values .Only a part of history is known and much more is yet to be revealed with the help of these heritage icons. The most ancient civilizations like Mesopotamian, Egyptian, Roman ,yellow(china) and Indus valley civilization hold an immense treasure of ancient living. The Heritage of every country must be valued by all irrespective of borders. The United Nations Educational, Scientific, and Cultural Organization (UNESCO) seek to encourage the identification, protection and preservation of cultural and natural heritage around the world considered to be of outstanding value to humanity. This is embodied in an international treaty called the Convention concerning the Protection of the World Cultural and Natural Heritage, adopted by UNESCO in 1972.There are 1031 sites which are declared as world heritage sites by UNESCO In India 32 sites have been declared as world Heritage sites.

Heritage can be in the form of cultural property, intangible culture, natural heritage etc. Cultural heritage is in the form of built heritage, archaeological sites, and remains since prehistoric times. Intangible heritage includes social values and traditions, customs and practices. Natural heritage an important part of a society's heritage, encompasses the biodiversity and geodiversity. All these are the symbols of both cultural expression and evolution. Much of heritage preservation work is done at the national, regional, or local levels of society. The Archaeological Survey of India (ASI), under the Ministry of Culture, is the premier organization for the archaeological researches and protection of the cultural heritage of the nation.

The best place to visit this summer is UNESCO world Heritage site Nanda Devi and Valley of Flowers National Parks, Uttarakhand. The Valley of Flowers is a National Park near Nanda Devi peak which stretches up to 8 kilometers in length and 2 kilometers in width. It is famous for the astonishing variety of flowers which covers the entire valley like a bed sheet. This World Heritage Sites is home to more than 600 species of Flora and over 520 species of fauna.This will be one of the best places for nature lovers this summer. And for children, the best place is Manas Wild Life Sanctuary, Assam.Manas Wildlife Sanctuary is a protected wildlife reserve and one of the UNESCO World Heritage sites. The lush green forested hills and dense vegetation of the surrounding areas provide a comfortable environment to the several endangered species of animals who reside here. The Wild Life sanctuary is a Project Tiger Reserve, Elephant Reserve, Biosphere Reserve and a home for a number of endangered species like Assam Roofed Turtle, Hispid Hare, Golden Langur and Pygmy Hog. In fact, this park houses most endangered species than any other in India.

Indian Heritage is unique and has a rich, vast and diverse Heritage in the world. It covers all dimensions of monuments, nature, people to ancient coins. India has been invaded by many invaders but its culture, knowledge and traditions could not be affected by their invasion. In turn, India gave basics of scientific and mathematical knowledge to the world. The Indian temples are unique in the world which displays various aspects such as architecture, sculpture, science, art forms such as dance, mythological stories etc. Many Indian temples were educational institutions to offer education in various fields even to the common man.

Indian Vedas are a vast ocean of wisdom. The strength of Vedas is such that they were preserved and passed to generations without being put on writing till 14th century AD while the origin of Vedas is stated somewhat around 6000 years before Christ(as the period of Ramayana around 5000 BC, and Mahabharata around 3000 BC). In the Vedic period itself, women also recited Vedas and were placed equally as men. During the satavahana period (1st century BCE to 3rd century CE)Matriarchy was followed in which females held primary power. The name Gautamiputra Satakarni on ancient Indian coins shows that Gautami is the name of the rulers mother. Similarly another ruler called Vasishtiputra Sri Pulumayi and Kausikiputra Satakarni and these mean Satakarni son of Vasishti and Satakarni son of Kausiki and in Vasishti and Kausiki were the names of the mothers of these rulers respectively. Speaking of religion, the religious system was so unique that invaders followed religions like Buddhism and Hinduism. They took the essence of our religions to their countries. The numismatic proof shows foreign invaders using Buddhist railing and Bodhi tree in their coins.

Our ancient coins are one of the many faces of our heritage which reveal a lot about the abundant wealth of knowledge of those times. They have a most remarkable feature of bearing numerous symbols –nature, geographical, geometrical, cultivation, religious and many others. These symbols represent the earliest record of man's urge for self-expression, responsibility towards culture, civilization, respect towards nature, and biodiversity and conscious of the important role of five elements for the existence of mankind. They minted their coins with various pictures such as fire, trees, earth, sky, water represented by their corresponding god or goddess. They are not just some mintage on coins but very deliberate measures to pass on to generations ahead. They put light on the fact that the five elements earth, water, fire, wind, sky make the existence of human life on earth possible and the vital truth that it must be conserved and protected for our own well being. Such great treasure –our ancient coins which put light on the elements of our existence should be protected from being melted and preserved.

The technique of punching coins is unique to India. Swastika, the sign for Sanskrit word siddham stands for success. The root of the swastika is found at least before 5000 years in the Indus valley civilization. In India, it was a practice to start any new work by drawing the swastika in the beginning. There is something so strong and at the same unique in Indian work of art that our ancestors displayed through coins –which they learnt, protected and worshipped are definitely a rich and precious heritage which should be protected and passed to generations ahead to value our culture.

India is the birthplace of scientific and mathematical knowledge which formed the basics for the whole world. These vast contributions have been made by ancient Indian scientists like Baudhayan, Aryabhatta, Brahmgupta, Bhaskaracharya, Mahaviracharya, Kanad, Varahamihira, Nagarjuna, Susruta, Charak, Patanjali and many others whose names seem to be a long list. Baudhayan was the first one ever to arrive at several concepts in Mathematics, which were later rediscovered by the western world. The value of pi was first calculated by him .what is known as Pythagoras theorem today is already found in Baudhayan’s Sulva Sutra which was written several years before the age of Pythagoras. Aryabhatta the name of the first satellite sent into orbit by India is named after the famous scientist Aryabhatta who stated his theory that earth is round and rotates on its own axis. Brahmgupta took mathematics to heights far beyond others. In his methods of multiplication, he used place value in almost the same way as it is used today. He introduced negative numbers and operations on zero into mathematics. He wrote Brahm Sputa Siddantika through which the Arabs came to know our mathematical system. There is an elaborate description of mathematics in Jain literature (500 B.C -100 B.C). Jain gurus knew how to solve quadratic equations. They have also described fractions, algebraic equations, series, set theory, logarithms and exponents in a very interesting manner. Jain Guru Mahaviracharya wrote Ganit Sara Sangraha in 850A.D., which is the first textbook on arithmetic in present day form. The current method of solving Least common Multiple (LCM) of given numbers was also described by him. Thus, long before John Napier introduced it to the world, it was already known to Indians.

These are some of the valuable Heritages of India which formed the roots of the world.

The effort has to come from every person to value and conserve this precious identity-our Heritage.