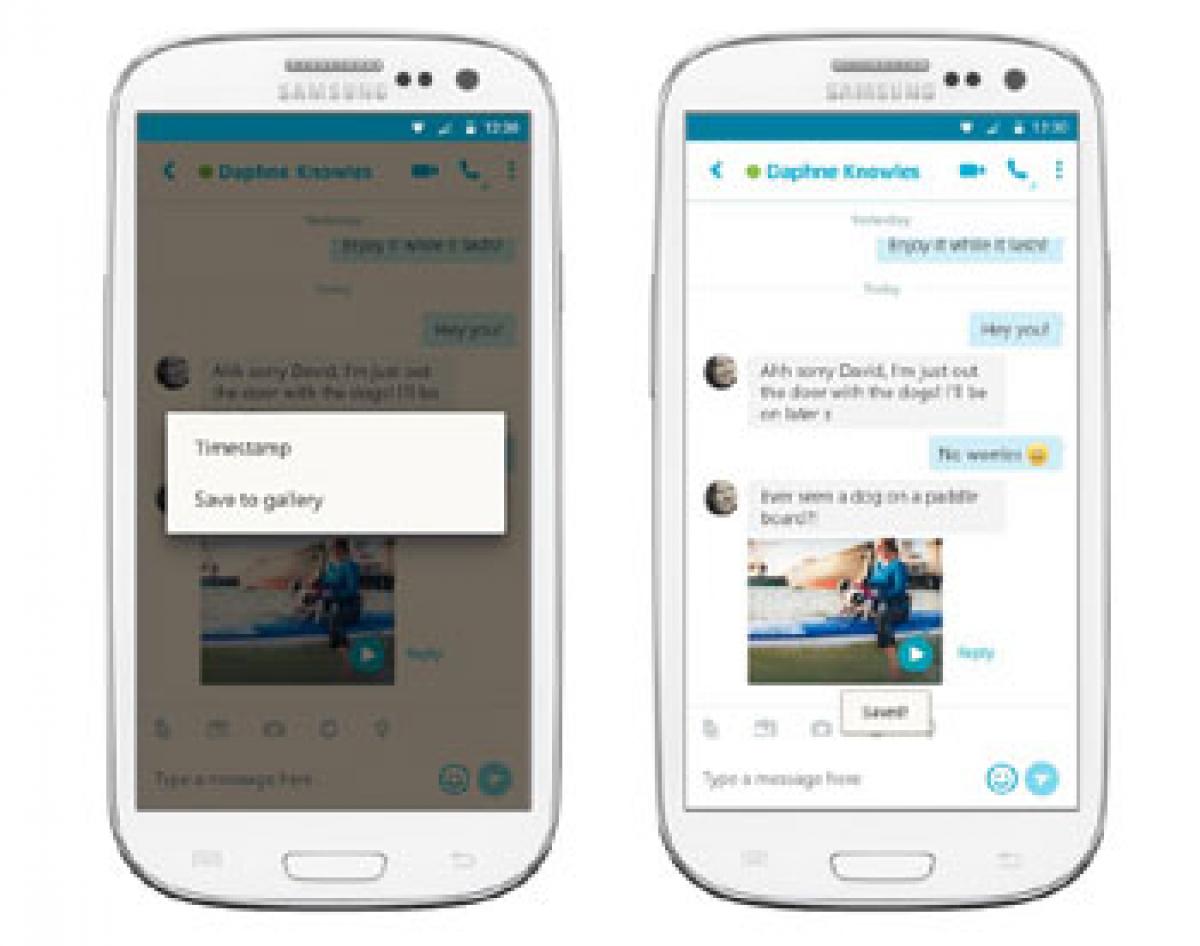 Microsoft has updated Skype-'s Android client to add a handful of features that many users are likely to find handy. The instant messaging and video...

Microsoft has updated Skype's Android client to add a handful of features that many users are likely to find handy. The instant messaging and video chat client from the company now lets users save video messages among other things.

The Skype v6.11 for Android now allows users to save video messages. A user will be able to tap on a video message or a recording and save it to their device's photo gallery. It's a handy feature that many users have requested in the past.

Users can also now press a long tap on their contact or chat in the Recents tab to bring up a toolbar - a new addition - and mark the all messages sent by that person as read, or completely mute notifications, if desired.

The company, in a blog post, announced that it is also enhancing the overall search functionality in the app, letting users search for content from their previous conversations, as well as contacts and group names.

Skype for Android will now also allow users to share their photos - picked from the photo gallery - to a Skype group conversation. Believe it or not, it was not previously possible to share photos in a group this way. The company, in addition, also said that it has upgraded Mojis in version 6.11, now allowing users to forward it to another friend or to a group by simply tapping and clicking on the forward button. Skype for Android also recently received video filters and a handful of features.