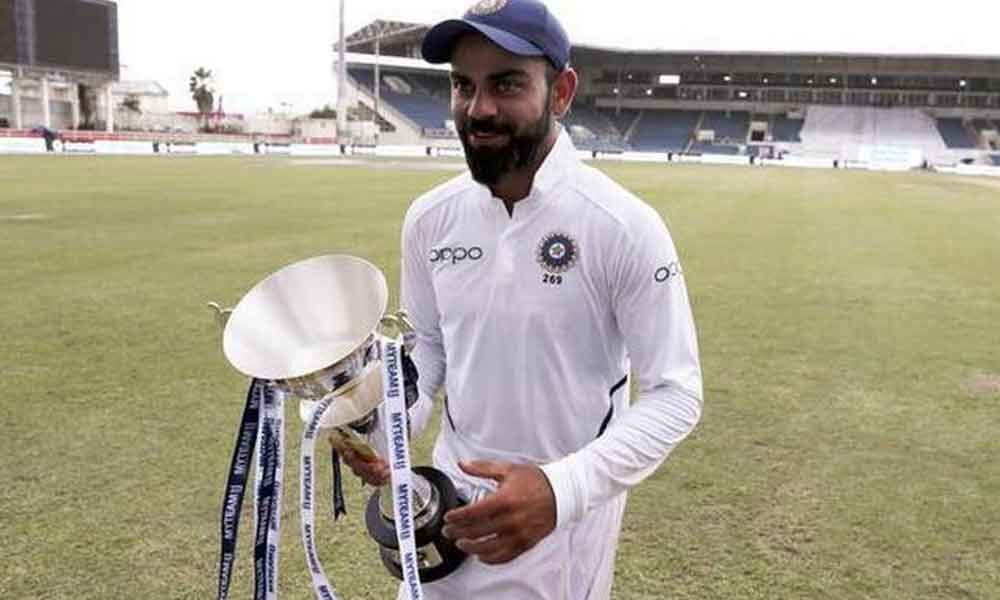 India completed an emphatic 2-0 series sweep against West Indies when they won the second test by 257 runs in Jamaica on Monday after the hosts' batsman Darren Bravo was replaced by a concussion substitute after retiring hurt.

India completed an emphatic 2-0 series sweep against West Indies when they won the second test by 257 runs in Jamaica on Monday after the hosts' batsman Darren Bravo was replaced by a concussion substitute after retiring hurt.

Dismissals came thick and fast after lunch as India ripped through the middle order and tail, with all the bowlers sharing the spoils, though Bumrah picked up only one wicket to add to his six from the first innings.

Bravo was struck on the helmet by a short delivery from Jasprit Bumrah in the final over on Sunday, but batted on and saw out the last two balls at Sabina Park in Kingston.

He returned for the start of day four, but lasted only three overs before deciding to retire hurt on 23 and left the field to be examined by a doctor.

Soon afterwards, Jermaine Blackwood was named as a concussion substitute and went out to bat following the fall of the fourth wicket.

Blackwood, a Jamaican who was not in the original squad, scored 38 runs but it made little difference to the final outcome as West Indies, chasing 468 for victory, were bowled out for 210.

India dominated the short two-test series, part of the inaugural World Test Championship, having won the opening encounter in Antigua by 318 runs.

India also extended their unbeaten streak against West Indies to 23 tests. They last lost to the Caribbean team in Kingston in 2002.

Blackwood became the second test concussion substitute after Marnus Labuschagne, who replaced Steve Smith in the Australia team during the second Ashes test against England less than a month ago.