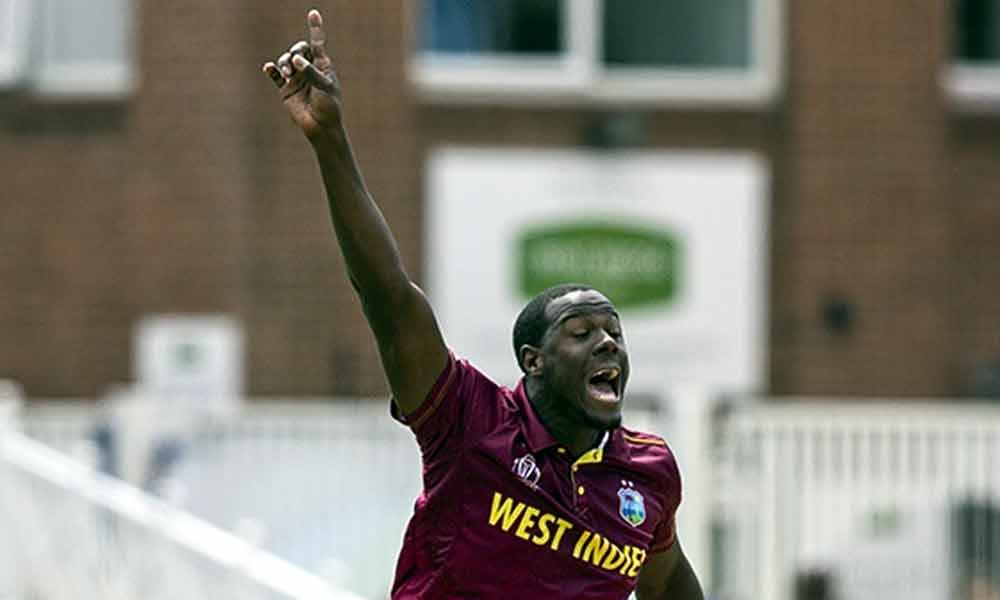 West Indies all-rounder Carlos Brathwaite was on Saturday reprimanded for showing dissent to the umpire during their World Cup match against England here.

Southampton: West Indies all-rounder Carlos Brathwaite was on Saturday reprimanded for showing dissent to the umpire during their World Cup match against England here.

Brathwaite was found to have breached Article 2.8 of the ICC Code of Conduct for Players and Player Support Personnel, which relates to showing dissent to an umpire's decision. The incident occurred in the 43rd over of the West Indies innings when Brathwaite made his displeasure at being given out by the umpires here on Friday night.

Brathwaite admitted to the offence and accepted the sanction proposed by David Boon of the Emirates Elite Panel of ICC Match Referees and, as such, there was no need for a formal hearing.

On-field umpires Sundaram Ravi and Kumar Dharmasena, third umpire Rodney Tucker and fourth official Paul Wilson levelled the charges. Level 1 breaches carry a minimum penalty of an official reprimand, a maximum penalty of 50 per cent of a player's match fee, and one or two demerit points.