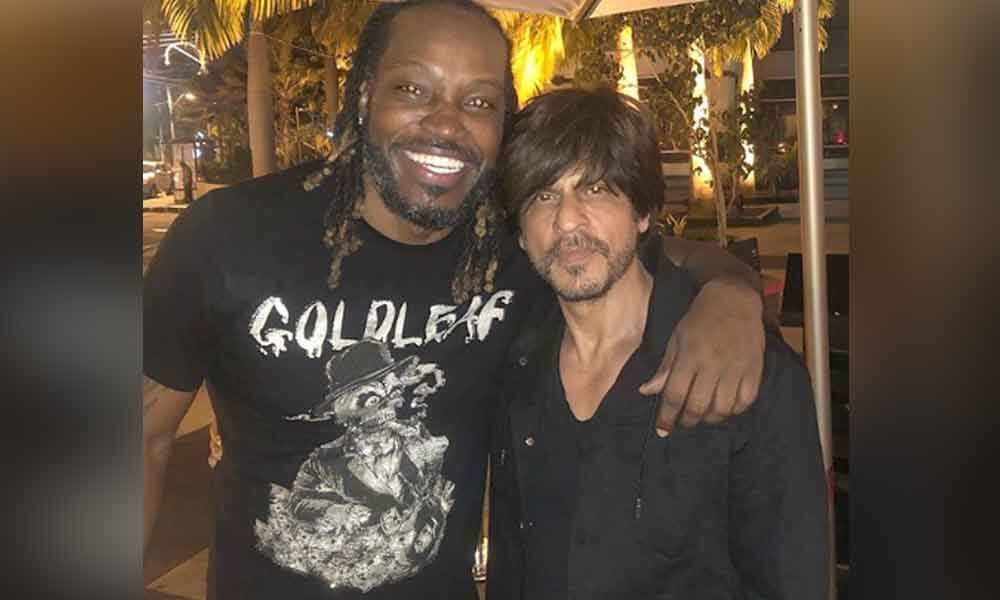 Shahrukh is currently in the Caribbean Islands, rooting for Trinbago Knight Riders in the ongoing Caribbean Premier League (CPL).

Gayle shared the picture on Instagram and wrote "#40SHADESOFGAYLE September 20th @iamsrk #NuffRespect," as the caption.

Shahrukh is currently in the Caribbean Islands, rooting for Trinbago Knight Riders in the ongoing Caribbean Premier League (CPL).

The "Yes Boss" actor owns the franchise based in Trinidad and Tobago in the CPL.

Gayle had sparked retirement rumours by his antics during the final ODI of the three-match series against India.

However, he went on to deny the rumours and said he will be with West Indies cricket until further notice.

In a video posted by Windies Cricket, Gayle said "I didn't announce any retirement. Yeah, I am still with West Indies cricket until any further notice".

Gayle went on to play a knock of 72 runs in the final ODI of the three-match series against India and every Indian player congratulated Gayle on the field, which led to speculations that the left-handed batsman might just have played his last match for the team from the Caribbean.

Skipper Kohli and Gayle were seen doing their famous high-five on the pitch after Gayle's dismissal.

Gayle had made his international ODI debut in 1999 against India in Toronto. He has registered 25 hundreds and 54 fifties in ODI cricket.