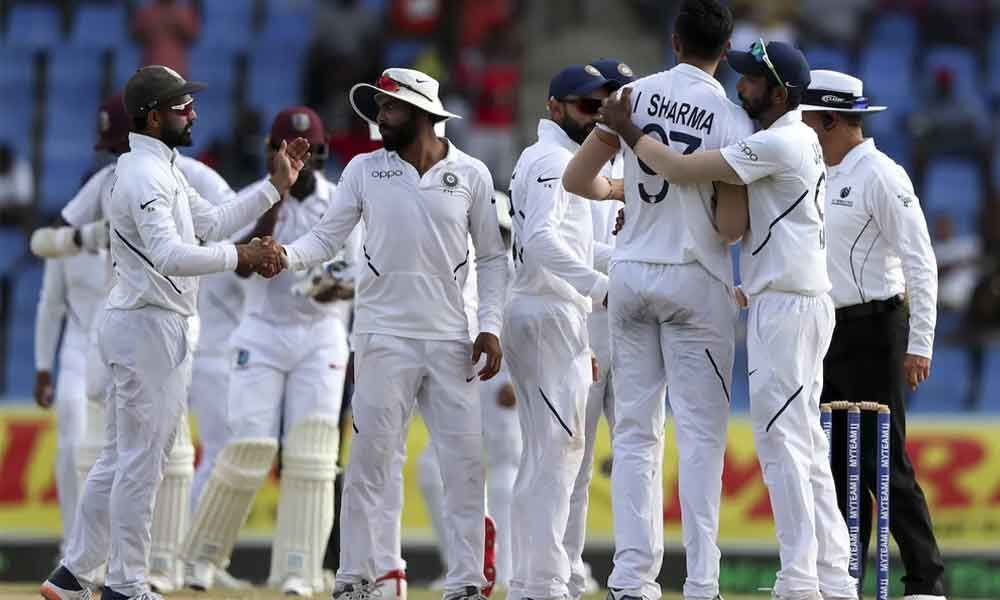 After defeating West Indies in the first Test by a comprehensive margin on 318 runs, Team India will be keen on carrying the momentum into the second Test, which will begin in Jamaica on 30 August.

After defeating West Indies in the first Test by a comprehensive margin on 318 runs, Team India will be keen on carrying the momentum into the second Test, which will begin in Jamaica on 30 August. The visitors will be looking to put forth match-winning effort to clean sweep the series and add another trophy to their kitty.

The Indian skipper had to make a few tough calls while selecting the playing XI for the first Test. The likes of RavichandranAshwin and Rohit Sharma were restricted to the bench to raise a few eyebrows. However, with the team managing to perform exceptionally well, the debates seem to have settled for now.

Middle-order batsman HanumaVihari, who was chosen ahead of star player Rohit Sharma, made 125 runs in the game, including a crucial knock of 93 in the second innings. On the other hand, Ravindra Jadeja, who was picked over Ravichandran Ashwin, justified the captain's faith in him by scoring a significant half-century in the first innings when India's chips were down. The left-arm spinner also scalped two wickets in the game's second innings.

While Rahane's return to form is seen as a huge plus for the team, it was the shaky form of the top order that stood as the team's only shortcoming in the previous game in Antigua. KL Rahul once again failed to capitalise on solid starts while his opening partner, Mayank Agarwal, couldn't quite find his mojo with the bat. CheteshwarPujara's failure though is seen as a rare blemish given the mettle he possesses. The team management is unlikely to tamper the combination at the top and is expected to persist with the same lineup.

The second Test in Jamaica will also pose a stern test of character to Rishabh Pant. Of-late, the youngster has been blamed for playing irresponsibly and throwing away his wicket at crucial junctures. The Delhi lad will be determined to make a strong statement and stay ahead in the race for the wicket-keeper's slot, now that WriddhimanSaha is fit and back in the reckoning.