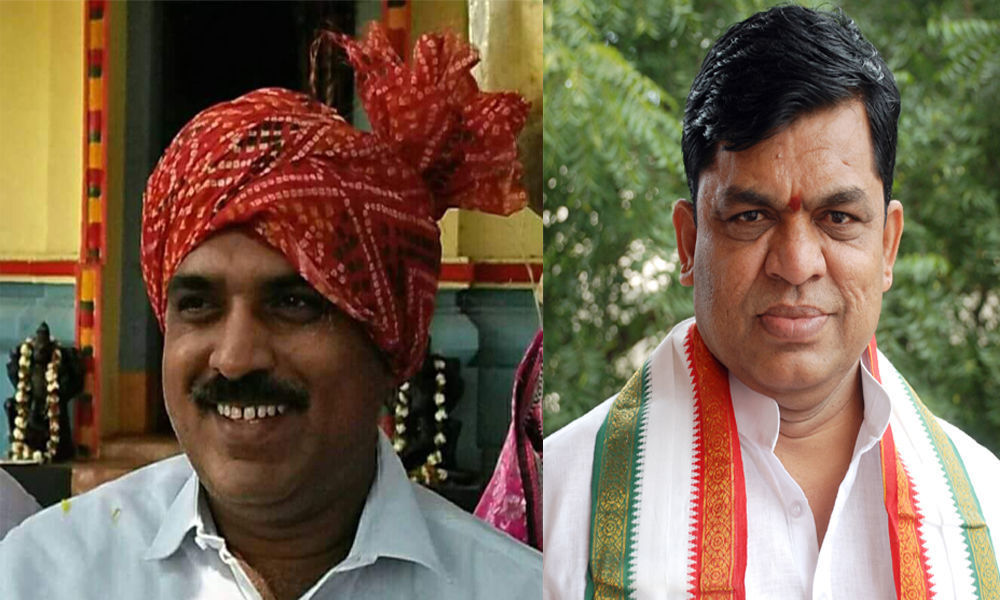 Mahabubabad: With Porika Balram Naik drawing a stern opposition from other aspirants and Adivasis, the All India Congress Committee (AICC) appears to b...

Mahabubabad: With Porika Balram Naik drawing a stern opposition from other aspirants and Adivasis, the All India Congress Committee (AICC) appears to be in dilemma over Mahabubabad Lok Sabha (ST) ticket. The other major contender for the ticket, All India Adivasi Congress vice-chairman Tejavath Bellaiah Naik, air dashed to Delhi following a call from the high command.

Although the Congress did well in four out of the seven Assembly segments of the Mahabubabad Parliament constituency, it looks like that the party, which already lost Pinapaka MLA Rega Kanta Rao and Yellandu MLA Haripriya Naik to Telangana Rashtra Samithi (TRS) through defection, needs to have its remaining senior leaders in a huddle so that to make any impact in the April 11 polls.

The 48-year-old Bellaiah Naik, who is also the founder-president of the Lambada Hakkula Porata Samithi (LHPS), has been in the thick of party activities since he completed his B Tech. Bellaiah, who pinned his hopes on Mahabubabad Lok Sabha ticket, had expected it, especially after Balram Naik, who contested from Mahabubabad Assembly seat, lost the election. Against this backdrop, Bellaiah Naik reportedly got a call from the AICC to turn to Delhi.

Speaking to The Hans India over mobile from Delhi, Bellaiah Naik said: "I spoke to the top brass of the party and briefed them about my work in the constituency. Even though the party is turbulent times especially after a couple of MLAs under the Parliament constituency had defected to TRS, I am confident of doing well."

On the other hand, Balram Naik, who is in Mahabubabad on Wednesday for the first time after his candidature was announced on March 15, said: "Party leadership gave me B-form some four days ago. How one would expect that there would be a change in the nominee at this stage."

Meanwhile, party sources said that a decision would be taken by the AICC president Rahul Gandhi, who is away in Tripura for poll campaign on Wednesday. Even though Balram Naik claims that he had B-form with him, party sources say that he is yet to get it, thus raising an iota of doubt whether he would go ahead or be replaced by Bellaiah Naik.

On the other hand, the TRS is yet to announce its candidate for the Mahabubabad Lok Sabha seat. It's widely speculated that former MLA Maloth Kavitha, daughter of Dornakal MLA DS Redya Naik, is the likely candidate of the TRS.