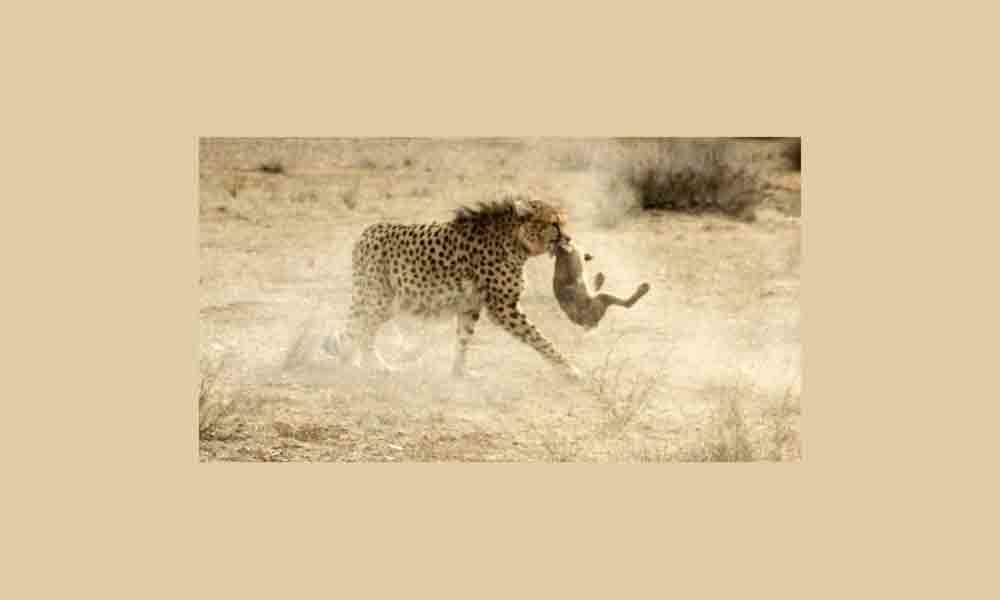 A cheetah attacked a calf and killed it in Appayapally village of Lingala mandal in Nagarkurnool district on Wednesday.

Nagarkurnool: A cheetah attacked a calf and killed it in Appayapally village of Lingala mandal in Nagarkurnool district on Wednesday. According to sources, the cow belonging to one Narasimah Goud, a farmer in Appayapally, was attacked by a cheetah on the Wednesday early hours. However after hearing the screams of the calf, the farmer tried to come out of his house. But after seeing the cheetah, he could not dare to shoo the wild cat away.

The wild cat devoured the calf. Meanwhile, the news spread like a wildfire in the village. The villagers were frightened to come out of their houses until morning. "We have been facing the menace of attacks from wild animals for the last many days now. In spite of repeated complaints and requests with the forest officials, there is no action taken. We are under the grip of fear from wild animals. We urge the forest officials to tame the wild cat and shift it to deep forest areas and protect our animals," observed Narasimha Goud.

However, the forest officials of Lingal mandal said that they were keeping a track of movement of wild animals, but as the village was near to the dense Nallamalla forest area, the possibility of wild animals like cheetah, tiger venture out and attack the domestic animals was more. "We have received complaints of cheetah roaming in this region. We will trap the animals soon," informed the forest department authorities.