Congress threatens agitation over denial of loans to minorities 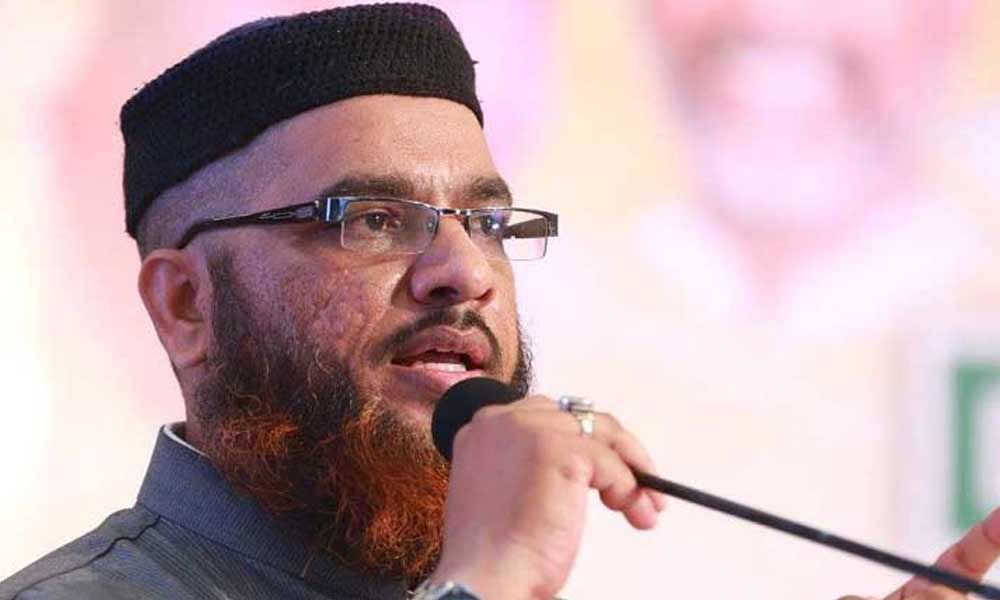 The Congress party on Wednesday demanded that the Telangana Government immediately grant loans to jobless youth of minority communities under...

Hyderabad: The Congress party on Wednesday demanded that the Telangana Government immediately grant loans to jobless youth of minority communities under loan-cum-subsidy scheme

"As against several tall promises and huge announcements made by Chief Minister K. Chandrashekhar Rao, Ministers Mahmood Ali and Koppula Eshwar and your office, the implementation appears to be nil, especially with regard to loan-cum-subsidy scheme," Sohail said in the representation. He said nearly 1.53 lakh youth belonging to minority communities had applied for loan-cum-subsidy schemes in the year 2015-16. Regrettably, he said, those applications were still pending for unknown reasons and none of the applicant got a single penny as loan to start small business/trade. Further, he said that the TSMFC has stopped taking applications under loan-cum-subsidy scheme since 2015-16. He demanded the TSMFC furnish information, with district-wise break-up, on the number of applications received under this scheme along with their status.

Sohail also informed that of Rs. 573.10 crore allocated for the minorities welfare in the Vote-on-Account, only Rs. 24.41 crore were earmarked for bank-linked-subsidy scheme. "While the first quarter (April-June 2019) will be over in next two weeks, the TSMFC took no steps to disburse the allocated amount among jobless youth. If 1.53 lakh applications received from jobless minority youth in 2015-16 is taken as benchmark, then we can assume that every year, at least 1.50 lakh youth would be in need of loans to start their small businesses. Therefore, in the last five years, the total number of aspirants or expectants of loan under bank-linked-subsidy scheme will be about 7.5 lakh. However, the allocated amount of Rs. 24.41 crore would be sufficient only for just 2,441 jobless youth out of over 7 lakh expectants if each of them is given Rs. 1 lakh assistance," he said.

The Congress leader also furnished the copies of GO 41 issued by the Minorities Welfare Department on August 29, 2018, and the guidelines issued on August 31, 2018, to give 100% subsidy to eligible beneficiaries for unit cost up to Rs. 50,000/- and 80% subsidy for unit cost from Rs. 50,001/- to Rs. 100,000/. "Even after 9 months, not a single rupee has been given to any of the beneficiary. The TSMFC has neither issued any notification or advertisement in any newspaper seeking applications from eligible beneficiaries," he said.

Sohail urged the TSMFC MD to give clarification in the media on the process of applications, eligibility criteria, documents required to be submitted and the deadline by which this scheme will be implemented.

He also informed that the official website of Telangana State Minorities Finance Corporation www.http://tsmfc.telangana.gov.in/ was not functional for the last several months. It is showing a message 'Maintenance Mode is on. Website will be available soon' since several months. "How to do you expect the eligible beneficiaries to apply for loans or benefits under any other scheme?" he asked.

The TSMFC officials contended that the website was down in view of Model Code of Conduct. Reacting to this, Sohail argued whether the MCC was applicable only to the TSMFC website while all other official websites were fully functions. Admitting mistake, the TSMFC officials promised that the website would be made functional in the next 3-4 days and all necessary guidelines and data would be kept for public viewing. They also sought 10 days time to provide information on number of loan applications and the disbursals under various schemes.

"Lakhs of poor and jobless youth belonging to minority communities have been waiting for the last 5 years to get some assistance from the State Government through TSMFC. However, they are only facing disappointment while the ruling party leaders are making hollow and tall claims on minorities' welfare. The Congress party will launch a massive agitation if eligible beneficiaries are not given loans within 10 days," Sohail announced.