Country's future is in your hands, Governor tells students 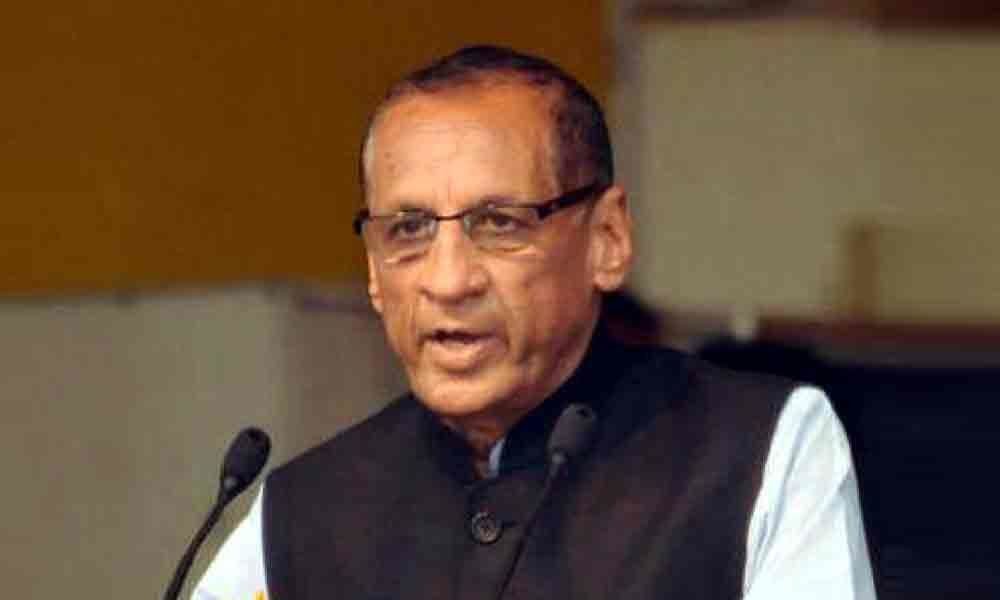 Speaking to 100 students of various Govt schools and colleges of Khammam and Kothagudem districts, who have undergone training as Change Agents as part of the Lead India 2020 Programme

Hyderabad: Speaking to 100 students of various Govt schools and colleges of Khammam and Kothagudem districts, who have undergone training as Change Agents as part of the Lead India 2020 Programme, started by former President Late Dr. Abdul Kalam, Governor E.S.L. Narasimhan said Dr. Abdul Kalam was a simple man with great ideas and aspired that the country should take the lead in the comet of nations, in a meeting held at Raj Bhavan on Monday.

The Governor said the organisers of the Lead India 2020 movement should take a leaf out of the activities implemented by the Indian Red Cross Society, AP Chapter, who formed small groups of students and given them tasks under four different categories such as Swatchata, Waste Management, Energy Conservation and Water conservation. They went around schools and colleges and ensured that the school premises, toilets, wash basis are kept clean and the premises are properly cleaned after serving the mid meals and waste is properly disposed and play grounds are maintained properly. They made an assessment after item wise study and evaluation and schools were evaluated and given awards. The Governor said he wants that a similar exercise done in Telangana also.

Narasimhan told the students not to wait for somebody to come and do work for them, but they should do it themselves. He advised the students to go for plantation of fruit bearing trees for good health and environment and ensure survival of plants. He told them to inculcate kindness in themselves, go to hospitals, orphanages and old age homes and talk to patients there, enquire about their health and well being. The Governor said youngsters should not be shy in life as lead agents they have to take the lead in eliminating social evils such as school drop outs, child labour etc and they should talk to parents and persuade them to send children back to schools.

Extend helping hand to weak , infirm people, children and elderly people and give them priority at all levels, that they should make it a part of their daily life, said the Governor.

The Governor also said that the students should take a vow that as Change Agents of Lead India 2020 movement they do not smoke or drink and they should bring change among others around them and that should be the aim of Lead India campaign. 'The future of the country is in your hands' said the Governor.

Narasimhan said he is happy to know that Pullela Gopichand is associated with the Lead India 2020 campaign and that Gopichand is a humble person in spite of being an International Icon. That is what students have to learn from him, said the Governor. He said as they go higher up in life, they should be humble and be humane. The Governor advised students to avoid use of mobile phones and train their memory by not depending on digital gadgets. The Governor said he wants the organisers to come up with a report card of all the activities done by the change agents and how much of it is translated into action.

Earlier, Pullela Gopichand, President of the Lead India 2020 programme said he was happy to have the honor of patronage and support of Governor Sri E.S.L. Narasimhan for the Lead India 2020 movement and for the growth of the Gopichand Badminton Academy and has been a part of our journey and thanked the Governor for hosting the event of Change Agents of Lead India 2020 programme, a dream of Dr. Abdul Kalam. Prof. Sudarsana Chary said substantial progress has been made in the movement launched in 2004 by training 15 lakh students as Change Agents with the ideals of Dr. Abdul Kalam's in the spirit of each one teach one with the focus of the training on Swatch Bharath, voter awareness, tree plantation, adult literacy, anti-corruption etc.

The Governor also interacted with the students and enquired with them on how the training impacted their lives.