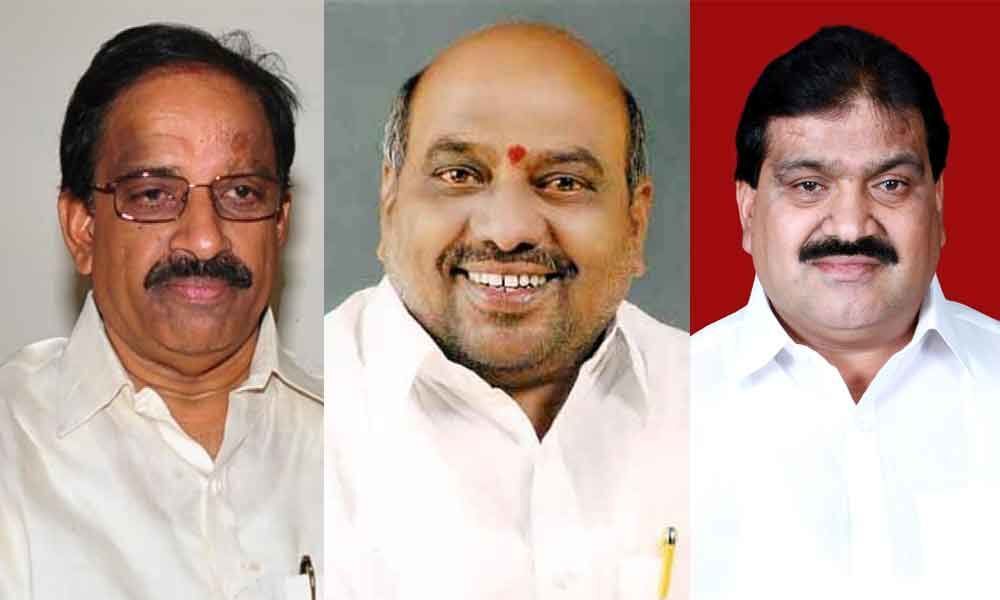 Induction of leaders like P Sabitha Indra Reddy, Puvvada Ajay Kumar and G Kamalakar into Cabinet upset the efforts of the senior most leaders to secure ministerial posts

Hyderabad: The induction of senior leaders like P Sabitha Indra Reddy, Puvvada Ajay Kumar and G Kamalakar, into the Cabinet dashed the hopes of former Ministers P Mahender Reddy, Jogu Ramanna and Tummala Nageshwara Rao who held important portfolios in the past.

Ramanna was Backward Classes Welfare and Forest Minister between 2014 and 2018 . Elected from Adilabad Assembly constituency, Ramanna had lobbied strongly for a berth in the KCR Cabinet after 2018 election.

He was given assurance, but he did not get the post as another leader from the same community of Kapu, Kamalakar, got the opportunity to serve as Minister in the government.

Though lost the elections , Mahender Reddy was elected MLC recently and tried hard to get the ministerial berth. He is known as TRS working president K T Rama Rao's close aide.

He lost the chance of getting Minister's post again as KCR inducted Sabitha Indira Reddy.

The two leaders hailed from Ranga Reddy district. Sabitha Indra Reddy joined the TRS before Lok Sabha elections on the assurance of allotment of ministerial berth.

The newly inducted Transport Minister Ajay Kumar allegedly played a spoilsport upsetting the efforts of senior most leader Nageshwara Rao who vied for for post in the KCR Cabinet once again.

He was the Roads and Buildings Minister in the previous Cabinet. Other senior leaders K Srihari and C Laxma Reddy also made their last minute effort to get the berths.

Srihiari was Deputy Chief Minister and Education Minister and Laxma Reddy held Health Minister portfolio. Laxma Reddy won the election but he lost the chance to become Minister again as KCR took his close aide Niranjan Reddy into his Cabinet and Srinivas Goud was also given opportunity to serve as Excise and Prohibition Minister.

Srihari, who hailed from erstwhile Warangal district, made all- out efforts to become Minister once again.

Recognising his services, KCR already assured Srihari of providing another political opportunity soon. He is likely to get Corporation Chairman post, or he may Rjaya Sabha nomination. He may also secure a key post in the ruling party.