Homely care for the homeless aged in Hyderabad 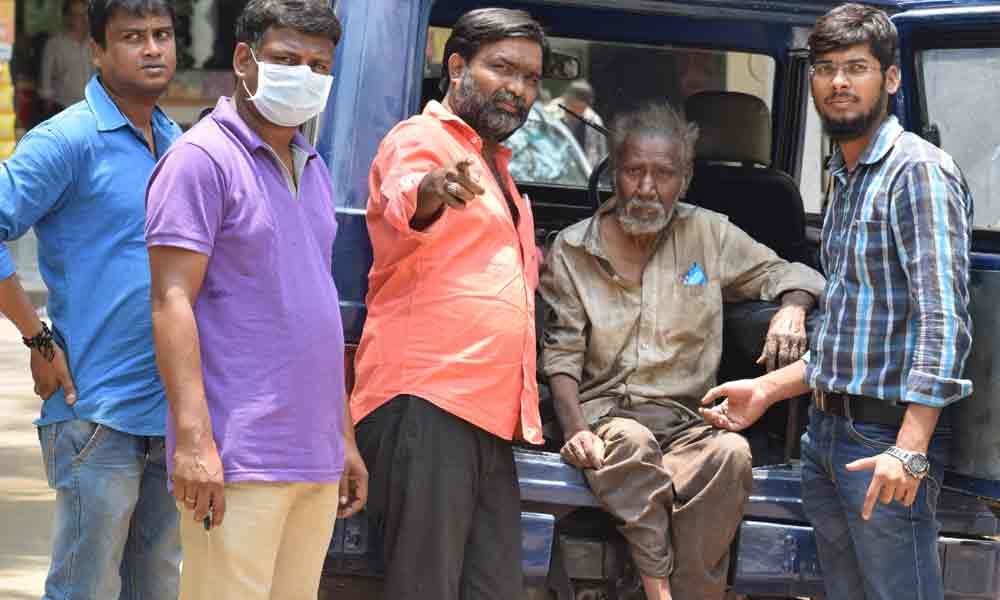 x
Homely care for the homeless aged in city
Highlights

Now-a-days it is a common sight to see underprivileged aged women and men begging on roadsides, near signals, bus and railway stations, cinema halls, temples and so on. No one bothers, leave alone look at them.

Secunderabad: Now-a-days it is a common sight to see underprivileged aged women and men begging on roadsides, near signals, bus and railway stations, cinema halls, temples and so on. No one bothers, leave alone look at them. They are scorned with an unpleasant look.

To help them, a man George Rakesh Babu has taken up an initiative and started a shelter home under the name of 'Good Samaritan's India.' At this shelter home, the abandoned elderly individuals, injured, sick and destitute are taken care of.

The NGO has been helping a good number of impoverished, downtrodden and neglected elderly by providing free medical treatment to them. George runs elderly aged home at Ramaraju Nagar Colony, Suchitra X Roads. Over 200 elderly are rehabilitated. A separate home for mentally challenged people is set up at Dorepally and it has a branch in Warangal.

Speaking to Hans India, Babu said, "I started this non-profit organisation in 2011 and I wanted to create a homely atmosphere for people who have nowhere to go. I think everyone deserves to have a sense of security and belonging. Even a little support from us goes a long way in boosting their morale."

He further said, "I was inspired by a Tamilian priest, who used to run an orphan home at Bahadurpally and spent his whole life taking care of the orphanages. That inspired me and I have seen many elderly people begging at footpaths and started at this service."

They get 5-8 calls about the sick elderly destitutes sitting on the footpaths and they go there and attend to them. If it is needed, they even take them to government hospitals for treatment. Till date, they have catered to over 200 abandoned, old, sick or dying unclaimed people left on the road.

"Recently we rescued a woman who was mentally unstable and took her to the mentally challenged shelter home and now we are taking care of her. The NGO is run with the help of crowdfunding and the people who are interested provide needed items that are required to care of the elderly," he added.