KCR to work in tandem with Jagan on projects 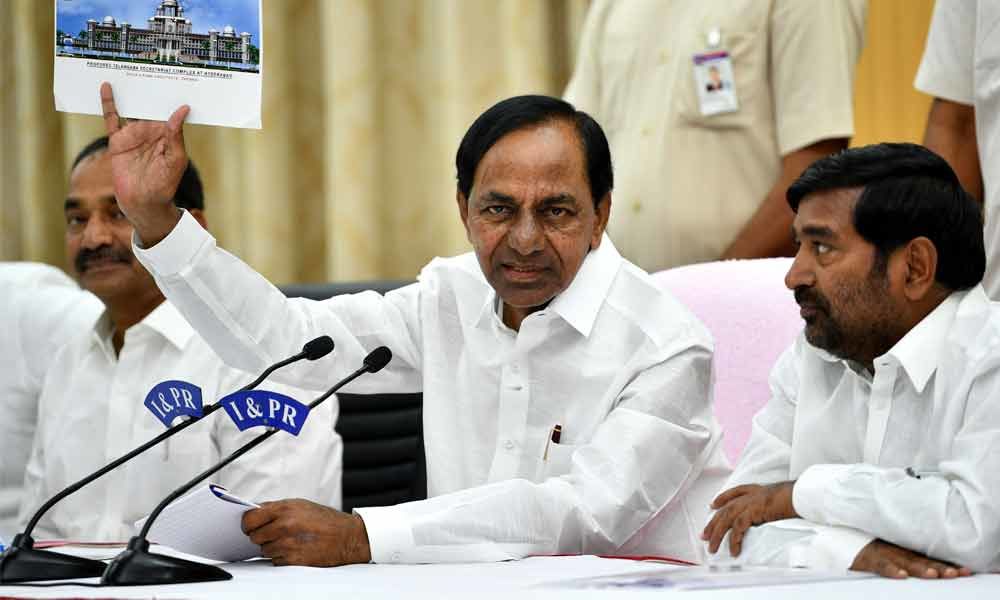 Together will grow: Telangana extends brotherly hand to AP

Hyderabad: In a major step towards strengthening cordial relations with the neighbouring Andhra Pradesh further, the Telangana government has decided to work together with AP in the optimum utilisation of Godavari and Krishna waters allocated to the two states and also assist each other in the construction of irrigation projects being taken up by the two states to address irrigation and drinking water needs in the future.

In a first step, the AP delegation is arriving in Telangana to discuss the water-sharing issue with the Telangana government on June 27 or 28. The AP delegation, consisting of state irrigation officials, will hold meetings in Hyderabad.

Later, a joint team of AP and Telangana will go to Andhra and conduct a study on the possibility of the construction of some more projects. To this effect, Telangana Chief Minister K Chandrashekar Rao said, the state Cabinet ratified the proposal to work together with AP in the utilisation of river waters.

Addressing the press after a five-hour Cabinet meeting at Pragati Bhavan in Hyderabad, KCR said the two states had decided to bury all the differences on water issues cropped up after the bifurcation of the state.

The two states are entitled to utilise more than 5,000 TMC of water, including the surplus and assured water from the two main rivers.

During the recent meeting with AP Chief Minister YS Jagan Mohan Reddy, KCR said Reddy is keen on working together in the utilisation of river waters and develop irrigation facilities in his state. The AP government is also keen on completing all the long-pending projects.

The two states will draw desired results in the utilisation of waters in the next two years by constructing projects with mutual cooperation, KCR said, elaborating that nearly 3,000 TMC of water is going waste every year.

Once the two governments developed a plan of action, all the available water will come under utilization, he added.

With the help of Maharashtra, the Telangana Chief Minister said the Kaleshwaram project has been completed within a short time.

His state wanted to become a role model in the country by developing cordial relations with neighbouring states.