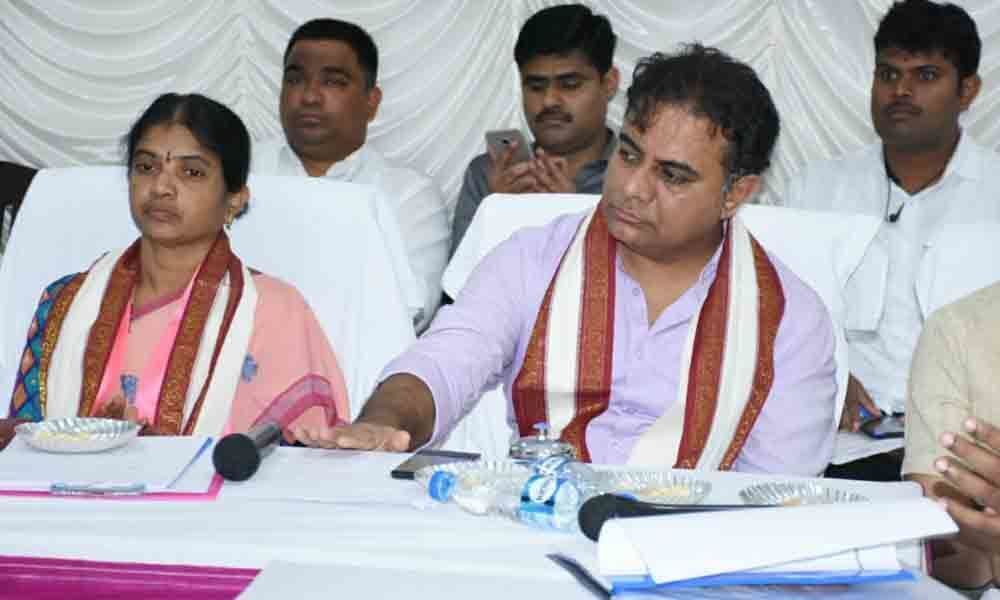 During his visit, KTR had inaugurated computer lab and additional classrooms in Sircilla Government School and attended as a chief guest at the District Zilla Parishad general body meeting held for the first

time under the newly elected ZP chairperson Nyalakonda Aruna in Sircilla town on the day.

Speaking at the meeting, MLA KT Rama Rao told all the public representatives of the district to wear handloom clothes on every Monday without fail to encourage handloom weavers. Even though the district is too small in terms of the space compared to other districts, it is formed for the convenience of the people.

He felt that there are plenty of opportunities for Sircilla to become one of the best districts in the State.

If the districts are small, then the people will get welfare schemes very easily, he observed.

The MLA said that with the initiation taken by Chief Minister K Chandrashekar Rao, as many as 4,000 thandas were formed as village panchayats. The TRS government had allotted 50 per cent of reservations to women in local bodies.

The government is focused more on transparency in the new Panchayat Raj Act. Everyone must be aware of the new Panchayat Raj Act that was introduced by the State government for getting works done from the officials. Disturbances will occur with those, who are irresponsible. Irrespective of political parties and agendas, all must work unitedly to lead the district towards development, he advised.

KTR assured that this region will become fertile very soon with Godavari waters reaching through the prestigious project Kaleshwaram taken up by the State government.