New traffic challans put off for a later date 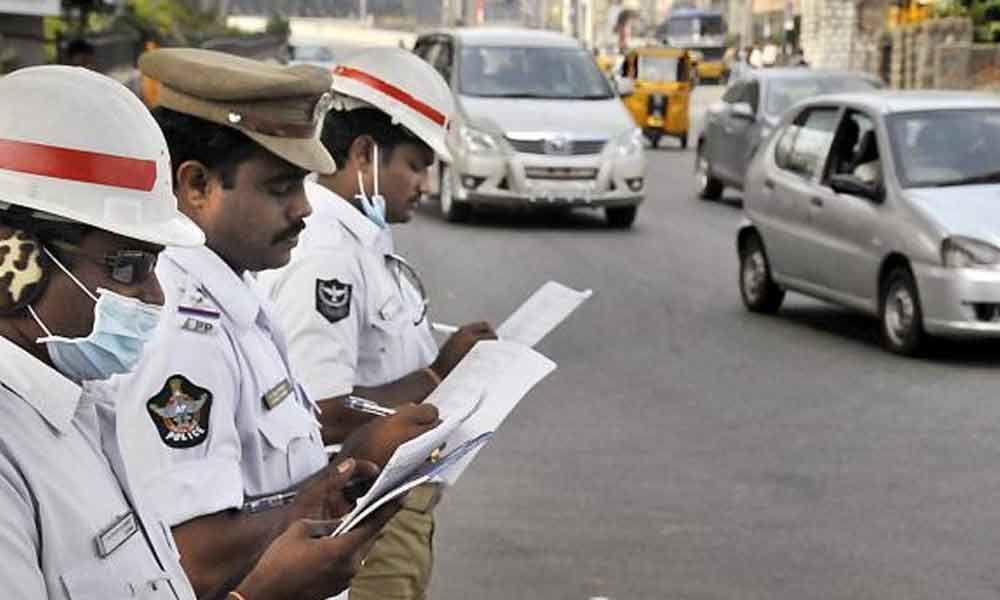 Additional Police Commissioner for Traffic Anil Kumar’s clarification on Friday on the delay in the implementation of new challans from September 1 gave a big relief to the Hyderabad commuters before the Ganesh Festival and Muharram.

Hyderabad: Additional Police Commissioner for Traffic Anil Kumar's clarification on Friday on the delay in the implementation of new challans from September 1 gave a big relief to the Hyderabad commuters before the Ganesh Festival and Muharram.

Many assumptions are coming from various quarters on the implementation of the Motor Vehicle Act from September 1.

Following this, the commuters across the state especially in the Greater Hyderabad limits are in tension heading to the Mee Seva centres to book their slots for the new driving licences, renewals, buying helmets and clearing pending challans on their vehicles to rescue them from the many fold increased penalties, according to the new MV Act.

Even after the clarification made by the State Transport Minister Vemula Prashanth Reddy that they are going to implement the new MV Act only after getting the orders from the Transport Department.

It seems that the State Government is looking for the conducive time to implement the new MV Act. Since Ganesh Navarathri is starting from September 2 and the immersion of Ganesh idols is on September 12 and the Muharram month is also running, entire police department is on duty to maintain law and order and peaceful completion of the Ganesh festival, the state government is planning to delay the implementation of the new challans scheduled to begin from September 1.