One held for cheating; gold worth 2.10 lakh recovered 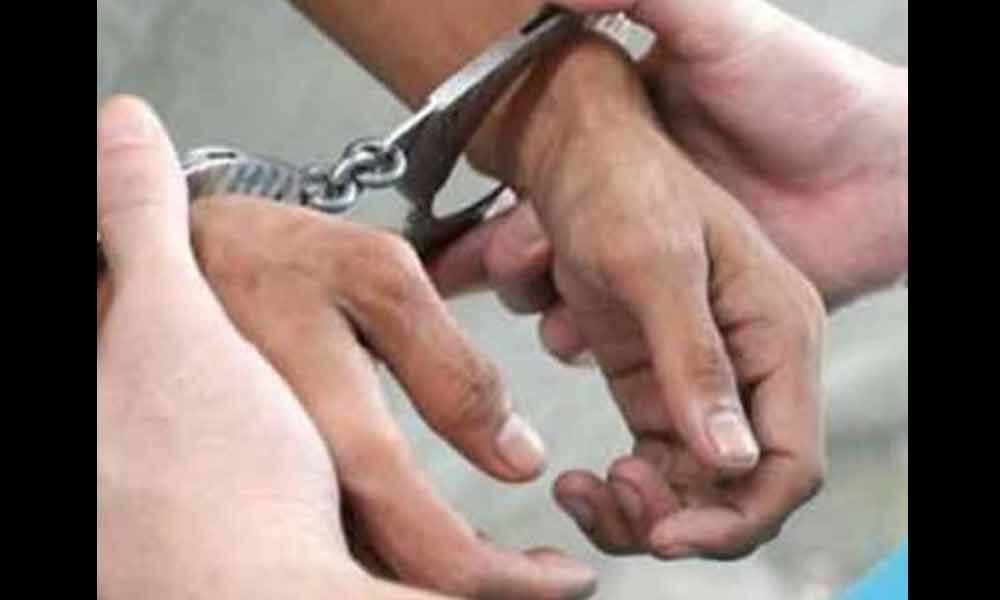 The LB Nagar police nabbed one person on charges of cheating and stealing gold ornaments in the name of marriage.

Hyderabad: The LB Nagar police nabbed one person on charges of cheating and stealing gold ornaments in the name of marriage.

The police recovered gold lump weight around 50 grams, a mobile phone and a tab from the possession of the accused. According to police, accused Yuvaraaj Murugeshan (45), a resident of Coimbatore earns a livelihood by doing scrap business.

On March 29, a complaint had been lodged by one R Pramila (40) stating that on March 29, 2012 she got married with one Rajavadinel and they got separated in September 2012 due to irreconcilable differences.

The accused allegedly stated that his astrologer recommended that he tie a yellow thread around the neck of the complainant to strengthen the bond but the complainant refused.

But he forcefully took the chain she was wearing, weight about 8 tolas, and gave her an artificial chain which she failed to recognise.

The accused also asked her to remove her bangles weight about 2 tolas and so he could tie the yellow thread on her wrist.

Later, the accused took away the complainant's gold ornaments and left her house and switched off his mobile. Police caught him by tracing out the location and recovered the stolen property.