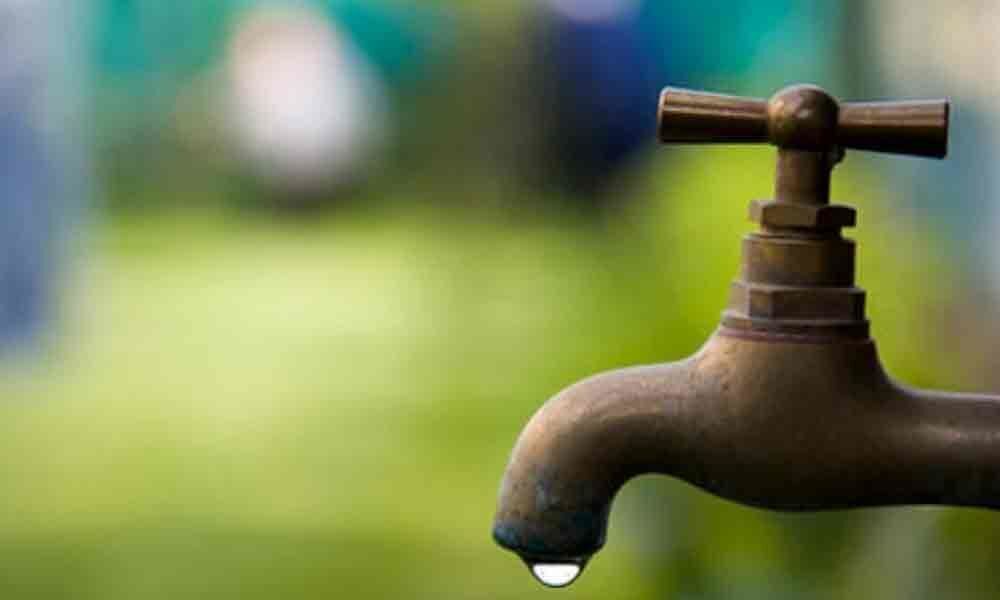 The residents of Old City are finding it a tough task to overcome the 3-day official suspension of water supply, owing to repair works of joints of pumping main at KDWSP in Nalgonda district, which supplies Krishna waters.

Malakpet : The residents of Old City are finding it a tough task to overcome the 3-day official suspension of water supply, owing to repair works of joints of pumping main at KDWSP in Nalgonda district, which supplies Krishna waters. While most of denizens were seen buying water from pumping stations, even the department vehicles pressed for sewerage cleaning had to fill up their tanks from local mosques.

Even though a circular was published by HMWSSB that the water supply would be suspended for 2 days, the residents fear that it may be prolonged. "In normal days water is supplied for 2-3 hours every alternate day.

The sudden shutdown has come as a surprise for most. The residents can save for next 3 days including potable and for other use, but if the water is not supplied in accordance with the schedule there will be water crises," said Mohammed Abdul Rahman, social Activist.

Dried borewells add to the distress

According to the circular published by the HMWSSB the works were going on due to heavy water supply leakages from 2,200 mm expansion joints at KDWSP (Krishna Drinking Water Supply Project) Phase-I (MS Pumping Main from Godakondla to Gungal at Takkallapally Vagu (Natural Stream) in Nalgonda district), hence the supply was suspended.

According to residents, it is very tough to save water for 3 days and also there is no supply of water tankers. "We are forced to purchase the water from outside, how much water can be purchased for drinking and other use.

Even for external use we can't take water from handpumps as there is no water in handpumps", lamented Muzaffar Quadri, a resident of Malakpet. Mohammed Rasheed, a resident of Talabkatta, said that he was forced to buy water for Rs 20. He questioned as to how many days this would continue. He is buying six cans in morning and still there is not enough water.

According to the owners of water plant, during normal days around 1,500 to 2,000 litres of water was sold daily. "Since Wednesday there is a huge demand and which has gone up to 8,000 litres", said Mir Kareem Ali of MS Aqua Fresh plant in Yakutpura.

The HMWSSB officials said around 80 per cent of the works were completed and remaining works would be completed as per the schedule. "If the works are completed on time the water will be released through reservoirs and water will enter in city by Friday morning, said Syed Minhaj, Manager HMWSSB, Yakutpura division.