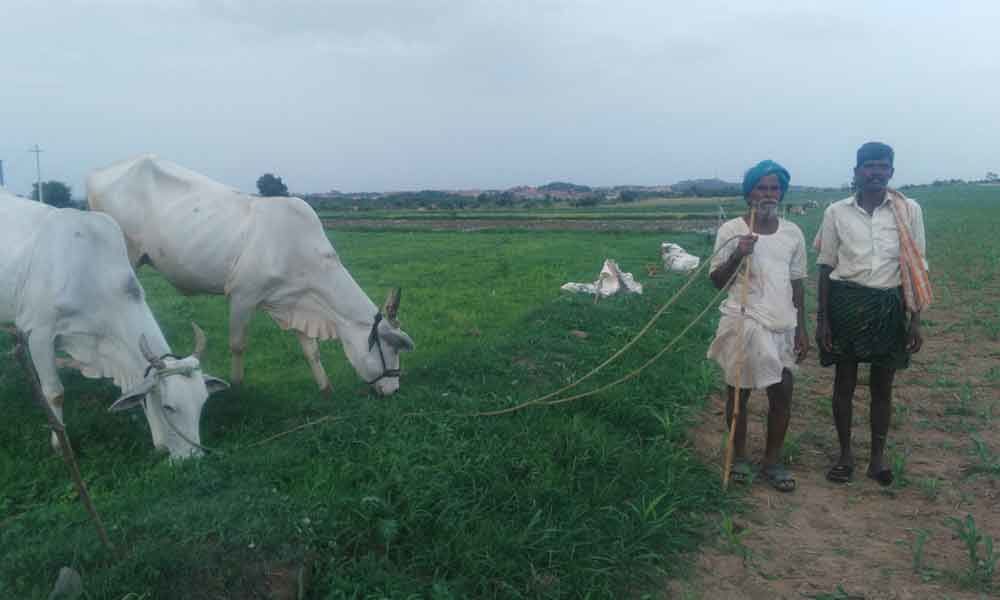 Mahbubnagar: The number of poor people migrating from Mahbubnagar has come down, according to late data collected by the district administration. Farmworkers and the poor used to migrate to greener pastures in search of livelihood, leaving behind their wives, children and old parents.

According to statistics available with the officials, the poor people numbering between 10 lakh and 14 lakh used to migrate to big cities in search of livelihood.

It meant that half of the total 32 lakh population of erstwhile Mahbubnagar used to travel to bigger cities in search of greener pastures. They used to migrate to Hyderabad, Pune, Mumbai and other parts of the country.

However, during the past two to three years now, the number of people migrating to big cities has come down drastically and according to a rough estimate at present 50 per cent of people who used to migrate for work to bigger cities are staying back in their own villages and taking up cultivation.

According to officials of Labour Department, Rythu Bandhu scheme came to the rescue of the poor and it resulted in the labourers not migrating to big cities in search of livelihood.

The poor have started cultivating their land with the input subsidy provided by the State government, according to an official of the Agriculture Department.

In erstwhile Mahbubnagar, the people from Mojerla, Maddigutal under Peddamandadi mandal in Wanaparthy district, Kanimetta village under Kottakota mandal used to go to other cities for work during rainy season. However, with canal water and good rains, they have stopped leaving their villages.

In Gadwal district, the people in a few villages like Gangiman Doddi, Penchkala Paadu, Aragidda from Gattu mandal, and people from villages like Lambadi Thandas in Maldakal mandal used go to border areas in Karanataka State to take up work as agriculture labourers during kharif. The possibilities of people migrating from these villages is remote.