'State will be further developed under KCR' 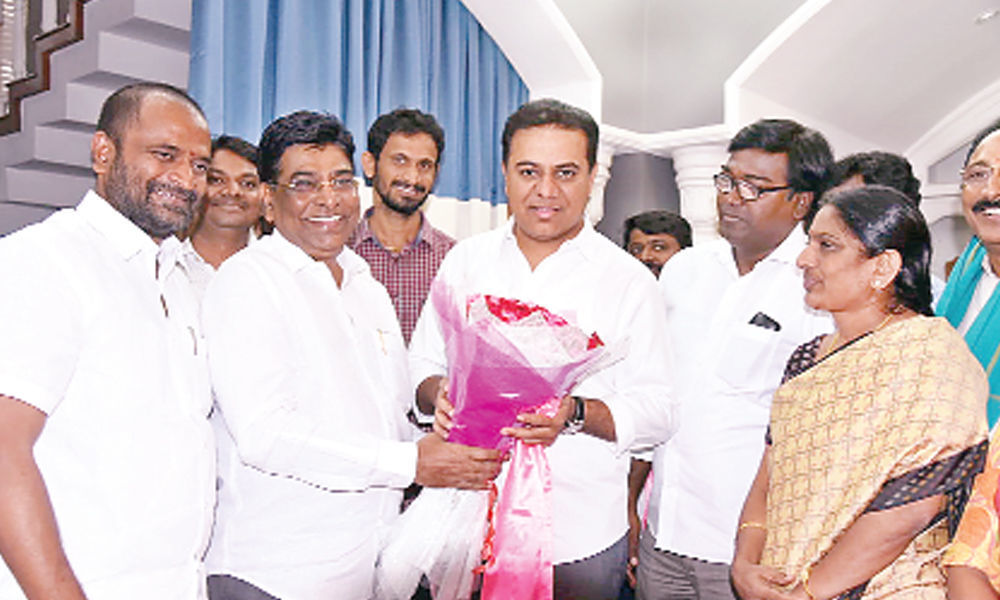 Khammam: The political turmoil that has been continuing in Khammam district for the last few days has come to an end on Thursday with industrialist and former MP Nama Nageswara Rao joining the ruling Telangana Rashtra Samithi in the presence of party working president KT Rama Rao.

Nama, who resigned from Telugu Desam Party on Wednesday, joined the pink part Chief Minister K Chandrashekar Rao's residence on the party, where he was accorded a grand welcome by KT Rama Rao.

Meanwhile, the joining of Nama in the ruling party has put an end to the speculation over sitting MP Ponguleti Srinivas Reddy getting another chance to contest the Khammam LS seat on party ticket.

"Telangana will be further developed under KCR's leadership and we will work together for strengthening the party in Khammam district," Nama said on the occasion.

Along with Nama, a large number of TDP leaders also joined the TRS.