Tandur boy a celebrity after role in Maharshi 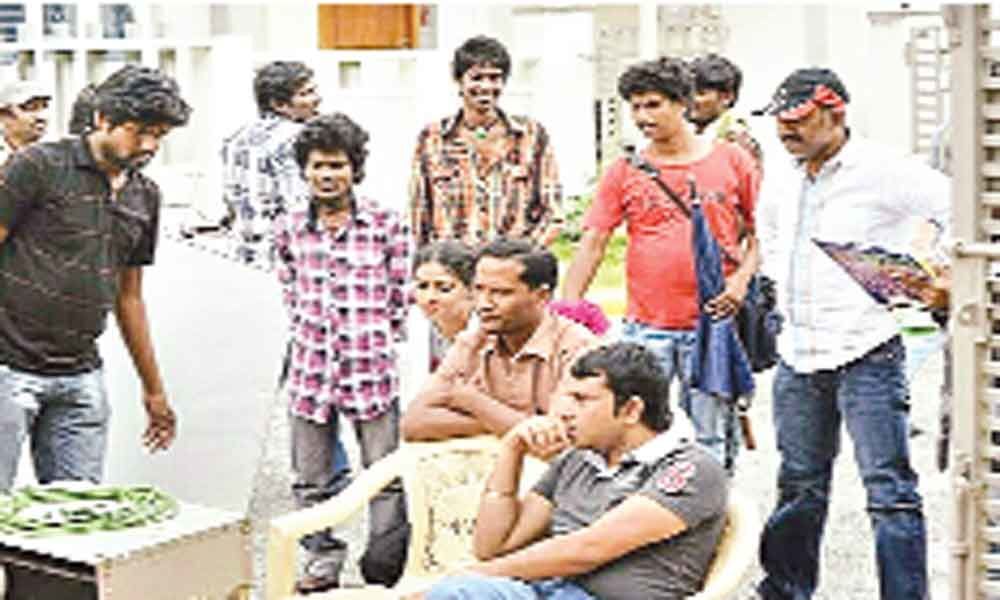 Tollywood dreams are very hard to be realised. It is even tougher for those who do not have any relations with the film industry.

Tandur: Tollywood dreams are very hard to be realised. It is even tougher for those who do not have any relations with the film industry.

To become a popular actor on the Telugu silver screen is a distant and unimaginable thing for common people. Even essaying recognisable roles on the big screen is also a matter of great achievement for many talented artistes. But, persistent efforts, never-give up attitude and perseverance paid off for a young man from Tandur. His strong determination took him to the next level.

This is about Hanmanthu from Tandur. Not hailing from a well-to-do family, he studied up to Class X in the Zilla Parishad High School. He participated actively in the cultural activities organised in the school.

He has been watching films and developed interest to become an actor in the school days itself. But he was told by his friends and people around him that entering movie world was not an easy thing and it was even impossible for poor people like Hanmanthu.

Dampened by the reality, he joined in a public telephone booth and started working there. One day, a person called Varakumar arrived at his telephone booth to make a call. He dialled his friend in Hyderabad, who was working in film industry. Overhearing the telephonic conversation, Hanmanthu introduced himself to Varakumar and expressed his ambition.

He left his phone number and went to Hyderabad. One day, Hanmanthu got a call to join an office as a helper. After working for several years as an office boy, Hanmanthu developed good relations with filmmakers and important people of the industry.

He began his career as an actor in Telugu TV serial 'Turpu Velle Railu' in 2008. He also acted as an ice cream boy in 'Padaharella Vayasu' movie in 2009. Later, he continued as an actor in films like 'Mangala,' 'Lanka,' 'Nuvvala Nenila,' and also Hindi movies like 'Ram Robert Rahim,' 'Mr Item' etc.

He continued as an actor by doing small roles till he got big budget movies. He got a golden chance to work in Ramcharan's movie 'Vinaya Vidheya Rama.' It was a big boost for him. He got recognition in the industry after working in this big banner movie.

Later, he got another chance in Mahesh Babu's 'Mahashi' film, in which he played a 'mad man' role. The success of 'Maharshi' has catapulted Hanmanthu to further level.

Speaking to The Hans India, he said, "I am glad that I've got a role in such a big movie. This success made me more popular". Attributing his success to parents Samappa and Mallamma, brother Ramesh apart from Dr Shekar and Paradise Raju, he says he never forget their encouragement and help in his life.