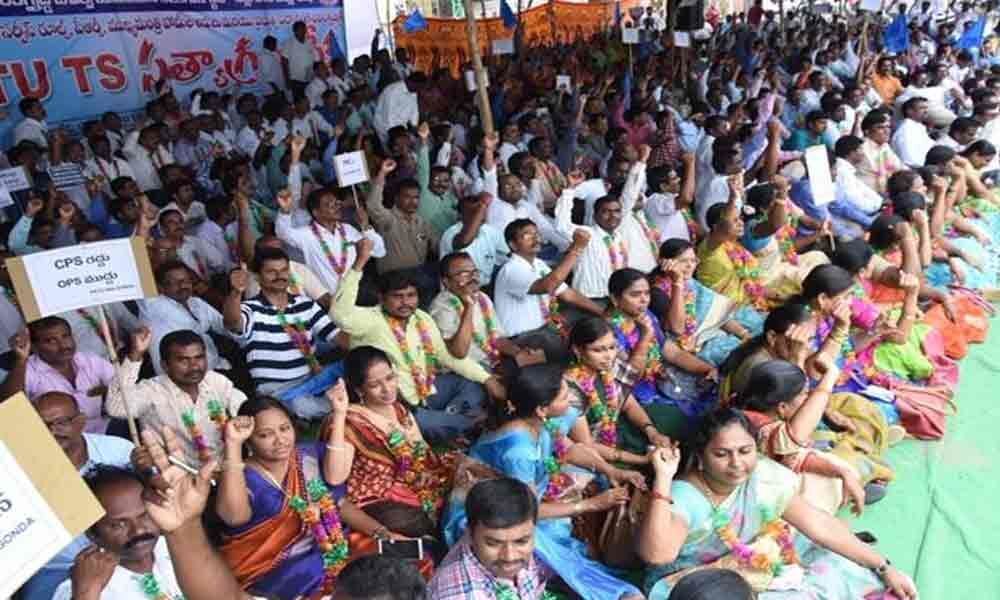 He urged Chief Minister K Chandrashekar Raop to keep all his promises made during the election campaign. As a part of state-wide programme, PRTU district unit organised a protest demonstration at Clock Tower centre here.

Addressing the gathering, PRTU leaders said teachers played a key role in Telangana agitation but their aspirations and promises were not fulfilled by TRS government in the past five years. He expressed concern over not scraping new pension scheme and not providing interim relief.

He warned that PRTU would intensify the agitation if the government failed to redress the grievances. As many as 2,000 teachers across the district took part in protest demonstration.