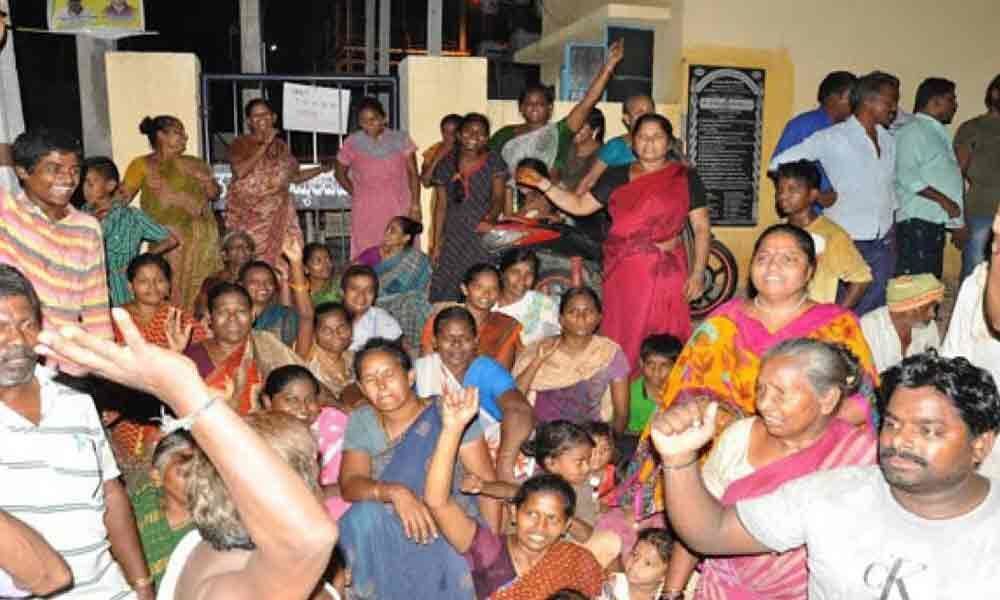 Tension prevailed at an electricity sub station in Guntur as public staged protest as power supply was cut abruptly in the city, on Wednesday late night.

Guntur: Tension prevailed at an electricity sub station in Guntur as public staged protest as power supply was cut abruptly in the city, on Wednesday late night.

Public gathered in front of the electricity offices in the city to knew the reasons.

The officials at the offices failed to give proper answer to the mob which led to a chaos situation at a sub station at Krishna Nagar in Guntur. Police trying to control the situation.

The staff at the sub station said that something went wrong in power supply and it will take four to five hours.

Department officials informed in a statement that, "Incoming line from Dr NTTPS to 220 KV Tadikonda SS is failed & came to know that declared breakdown. No power supply to 220 KV Tadikonda & 132 KV Substations which were tagged to it. Part of Guntur city effected. Most probably the restoration may take place within 45 min. Inconvenience is regretted".

They further added in the second message that, "As per APTRANSCO sources information... the restoration process may take much time due to jumper cut. Men on job"