Farm Mechanization encouraging in a big way in Kadapa district 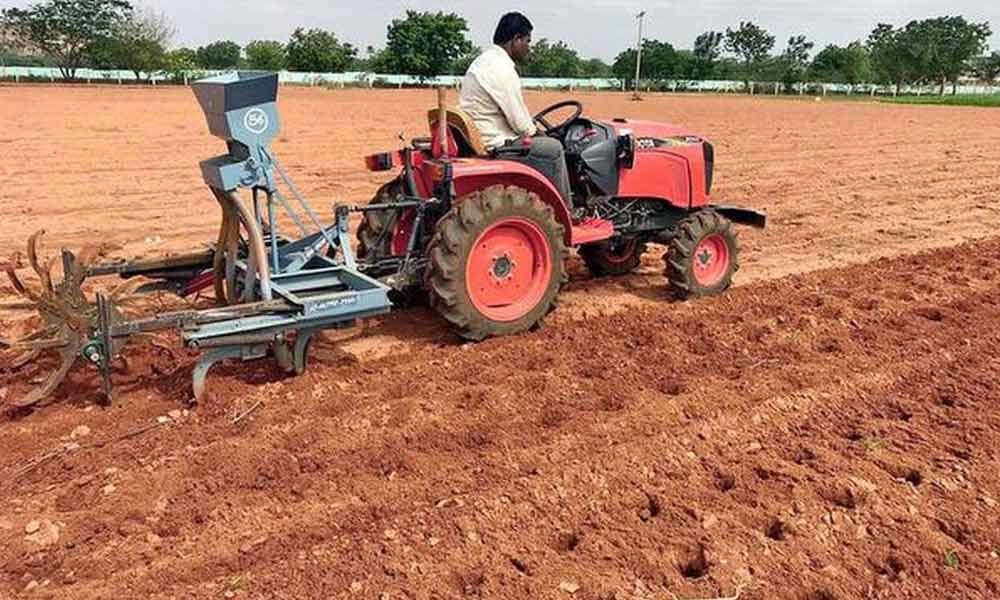 The shortage of labours, apparently due to the majority of them taking up works under National Rural Employment Guarantee Scheme

Kadapa: The shortage of labours, apparently due to the majority of them taking up works under National Rural Employment Guarantee Scheme (NREGS), all most all house construction workers settled in other professions by went on migration to other areas for the lively hood is forcing the farmers of the district to adopt farm machinery.

According to the sources around 5lakh farmers in the district have taken up paddy and commercial, horticulture crops in 1.lakh hectors during the monsoon season. Many of the farmers are of the opinion that thousands labour migrated to the other states as house construction workers, coupled with the introduction of the NREGS, the burden of labourers has become high as a majority of them are preferring to take up works under the job scheme than working in the fields.

The farmers move to get labourers from far off places like Vijayanagaram, Srikakulam, and twin, Godavari districts in the peak cropping season has also failed to solve the purpose owing to the high cost and labour availability.

We have no option to adopt farm mechanization as it has become a difficult task for securing labour for agriculture operations. Despite purchasing machinery is the costliest affair but better comparatively bearing high risk for manual labour" said A.Krishna Reddy Venkatasetty palle of Atluru mandal.

According to the official sources following directions of state government agriculture department has send proposals Rs 65crores under Modern Agriculture Mechanization(MAM). These instruments would be provided under Cultivation Budget, Ratreeya Vikas Yojana(RVY) at 70percent subsidy rates. Apart from 50percent would be provided by the central government while 20 per cent will be state government. Sources disclosed that as many as 20,275 farmers were selected under the schemes.

" With the many farmers showing interest to adopt farm mechanization, the state government is keen on providing the instruments to the farmers at low cost. Really it will be a good opportunity for the farmers to utilize such a scheme as they need not worry about the burden of labour. The aim of the government is select 30, 275 farmers under the various schemes. Among them, 20,275 were already selected. I am sure more farmers would be brought under the farm mechanization to ease the burden of labour".