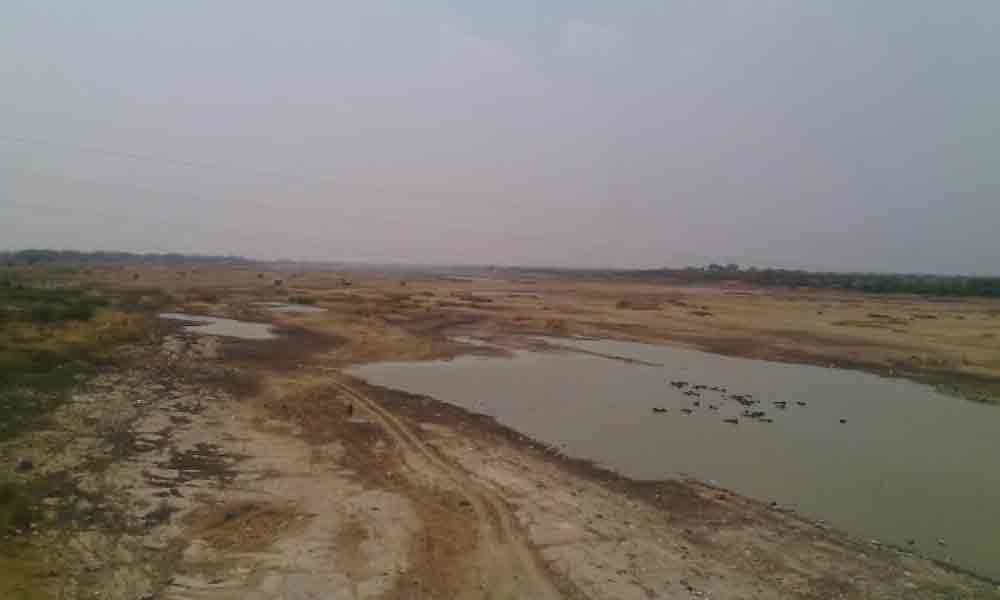 Despite the efforts of district administration to overcome the crisis, Kurnool has been facing drinking water scarcity.

Kurnool: Despite the efforts of district administration to overcome the crisis, Kurnool has been facing drinking water scarcity. Long dry spell and inadequate rainfall in the last monsoon have resulted in depletion of groundwater. The riverbeds of Tungabhadra, Kundu and Handri have already dried up and the villagers are digging up 'chalimalu' (water pits) in search of water.

Several public wells were dug up to ensure water supply to the people. But these wells have become defunct. With the tube wells lying defunct and water sources dried up, people have to walk long distances to fetch drinking water from ponds.

For residents of Mantralayam, Yammiganur and Kodumur assembly constituencies, river Tungabadhra is the only source of drinking water. Alur, Pathikonda, Nandikotkur, Srisailam and Adoni assembly constituencies are dependent on canals like KC Canal, Hundri Neeva Sujala Sravanthi and Tungabhadra low level canal. But the canals are dried up.

In Kosigi, Aspari, Pedakadubur, Chippagiri, Nandavaram, Tuggali, Belagal, Guduru and kothapalli mandals, where water supply has gone down drastically, tube wells are either not working or emitting water unfit for human consumption. Safely drinking water supply schemes which were almost set up in all villages at the expenses of crore of rupees to give solace to the perennially water-starved villages; have proved to be failure.

The residents of Pathikonda, the home constituency of Deputy Chief Minister KE Krishna Murthy, having a population of 20,000 people is also reeling under severe drinking water crisis. "We are forced to take bath once in a week days due to inadequate water. The inadequacy of water begins soon as the day dawns and we begin to perform ablutions,'' lamented Bhadrappa, a resident of Chinnahulti village of Alur mandal.

"Despite having Tungabadhra and Handri Rivers besides various canals, we are starving for drinking water, said R Sunkanna of Remata in Kurnool mandal. The problem is not only at these two villages; a total of 1,575 villages are reeling under severe shortage of drinking water, added Sunkanna.

In some places, people have to walk for kilometers together to fetch potable water while at some places; people are falling sick after consuming contaminated water brought from the streams and canals.

In few villages, people are seen fighting for water. Sasi Kala, Ramanna, Suneetha and Madhu alleged that they are supplied one tanker water after 20 days.