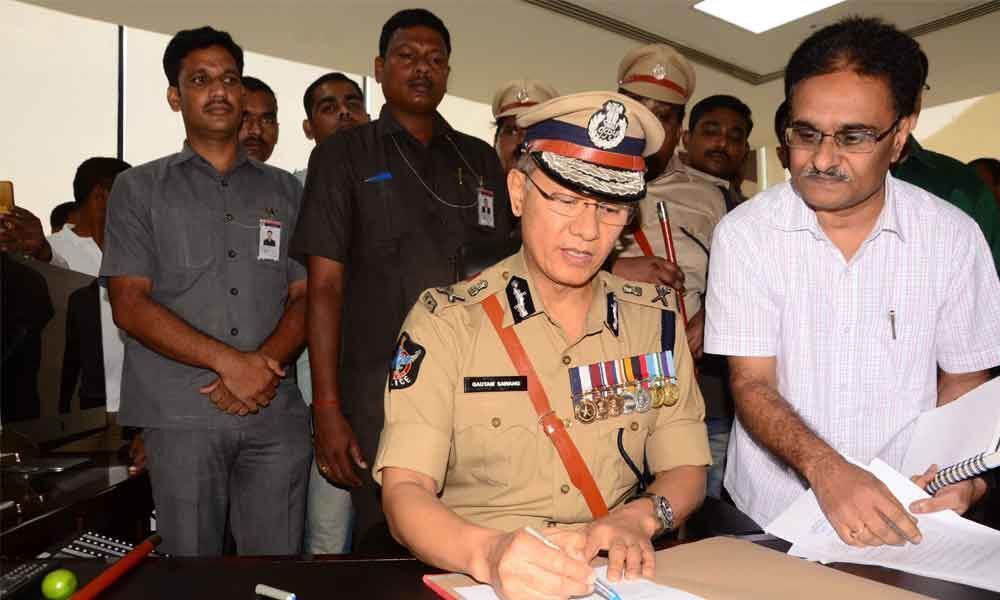 As part of the reshuffle among the senior officials in the government after the YSRCP came to power in the State, Gautam Sawang has been appointed as the new DGP. He has replaced R P Thakur.

Sawang took charge in the presence of senior police officials and family members. Later, briefing the media, Gautam Sawang said the police department will give priority for the protection of common people in the State.

He said special attention will be paid for the protection of children, women and vulnerable sections of the society. He said special focus will be made on cybercrime, organised crime, trafficking of ganja and banned products.

He said, "We have to renew the policing standards in the State and give the best services to the people." Sawang said the people of Andhra Pradesh have many aspirations about the new government and the police department would try to ensure security and protection to the common people.

He said Andhra Pradesh police have historical legacy and serve as a role model to the police of other States in performing the duties and added that there is need to increase its intellectual capacity to cope up with the needs of the people and the challenges faced by the department.

He thanked Chief Minister Y S Jaganmohan Reddy for choosing him as the DGP of Andhra Pradesh and sought the help of media to maintain law and order in the State.

Referring to police department, he said the government is seriously considering providing weekly off to all police personnel working in the State.