Raids on illegal liquor shops to be intensified in Vizianagaram 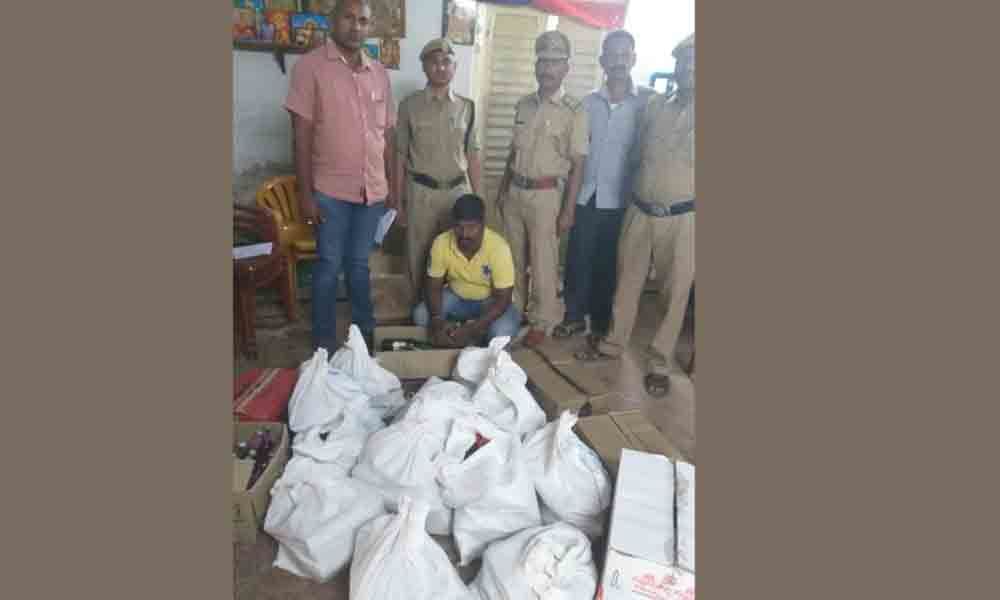 After the instructions released from the YSRCP Government, the Excise and Prohibition department is gearing up to eliminate the illegal liquor outlets in the villages in the district.

Vizianagaram: After the instructions released from the YSRCP Government, the Excise and Prohibition department is gearing up to eliminate the illegal liquor outlets in the villages in the district.

They are prepared to conduct raids on such shops and book the cases. The district has 210 liquor shops and their licences would be lapsed by the June-end.

So, the shopowners are planning to sell as much as they can in this short-time and make money. As of now, every main shop has minimum of 5-10 illegal outlets in the villages and they are supplying the liquor to those outlets to increase their business. Even some villages are conducting unauthorised auction for running illegal liquor shop (belt shop) in their villages.

A person in Gajapatinagaram area has paid Rs 3 lakh to run the shop per year. Chief minister YS Jaganmohan Reddy has assured during poll campaigning that he would wind up all the liquor shops and will bring a new excise policy.

After getting into power he instructed the concerned authorities to close all the illegal liquor shops in the villages. As per the government decision, now, the excise officials are seriously concentrating on this issue and conducting raids on such outlets.

Excise Superintendent A Sambhu Prasad stated, "We are considering running of illegal liquor shops and initiate stern action on those shops which sell liquor for more price violating the MRP. We will intensify raids in villages and wind up all the illegal shops.

Our taskforce staff will take them into custody and book a case. So far, we have booked 728 cases and seized thousands of bottles. The raids will be continued in coming days too."