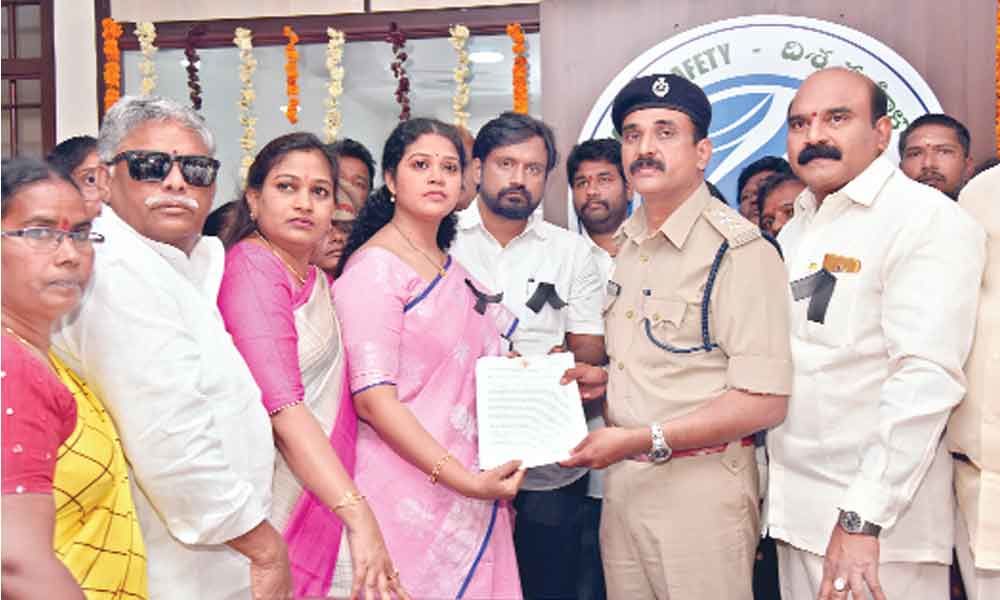 Rajamahendravaram: The State government is yet to begin the process of registering complaint against the newly introduced Disha Act in the State.As wom...

Rajamahendravaram: The State government is yet to begin the process of registering complaint against the newly introduced Disha Act in the State.

As women are approaching Disha Police Station, they are being informed by the officers that they should register complaints in normal course and not under Disha Act. The State government is yet to secure the President's nod for the Disha Act.

Rajamahendravaram Urban TDP MLA Adireddy Bhavani went to Disha police station along with party leaders on Monday to lodge a complaint against some persons who posted her photo and abused her using objectionable language in social media.

But, Station House Officer D Srinivas Reddy informed the MLA that the complaint would be registered in normal course at women police station and not under Disha Act as the Act is yet to come into force in the State.

Later, speaking to the media Adireddy Bhavani said that she had participated in a discussion in the State Assembly 'relating to liquor ban' on December 16. Subsequently, some persons posted her photo and insulted her and family members using abusive language.

This was taken to the notice of State Assembly Speaker Tammineni Sitaram by submitting necessary ID proofs but so far no action was taken. Meanwhile, the government started Disha police station and with a hope to register a case against the culprits under Disha Act, she had visited the new police station inaugurated by the Chief Minister in Rajamahendravaram. But she was told that the Disha Act was yet to come into force in the State. The MLA wondered why the police station was inaugurated even before the Act came into existence in the State. The TDP MLA alleged that it is nothing but cheating the women and urged the Chief Minister to take steps to secure the nod of the President as early as possible to the Disha Act.

"Several women are coming to the Disha Police Station with a hope to secure speedy justice but are returning back with unhappiness," she pointed out.

TDP State women cell president Anitha alleged that the government cheated women in the guise of Disha Act. She said Chief Minister Jagan Mohan Reddy was introducing several Acts but was not securing Centre's nod for the new legislations.