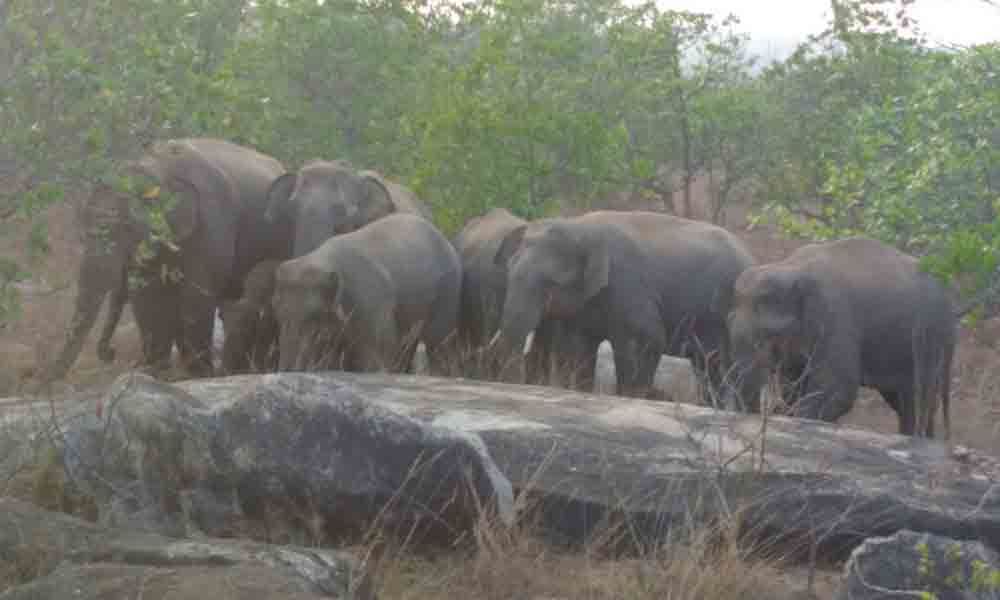 The pachyderms have been moving around Sitampeta, Kotturu, Veeragattam, Palakonda, Kotturu, Bhamini and other mandals since then and damaging crops and killing villagers. Seven elephants entered Srikakulam agency from Lakheri forest area of Odisha State in 2007 by crossing Vamsadhara river

Srikakulam: The wild elephants in Agency and forest areas of Srikakulam district killed 12 persons in 12 years. In total, seven elephants entered Srikakulam agency from Lakheri forest area of Odisha State in 2007 by crossing Vamsadhara river. Of it, three elephants died and four are remained alive.

The elephants also damaged paddy, sugarcane, banana, maize, red gram, cashew and mango in all agency mandals in 270 acres extent. For the damage of crops, the government has paid Rs 41,82,183 to the farmers.

"We have been tracking elephants by digging trenches to arrest their movement towards villages. We are also using crackers to drive the wild animals into forests," said Divisional Forest Officer for territorial wing Ch Shanthi Swaroop to The Hans India.

"We are going to discuss the wild elephants' issue with Odisha state to send them back elephants to the forests," District Collector J Nivas told this newspaper.