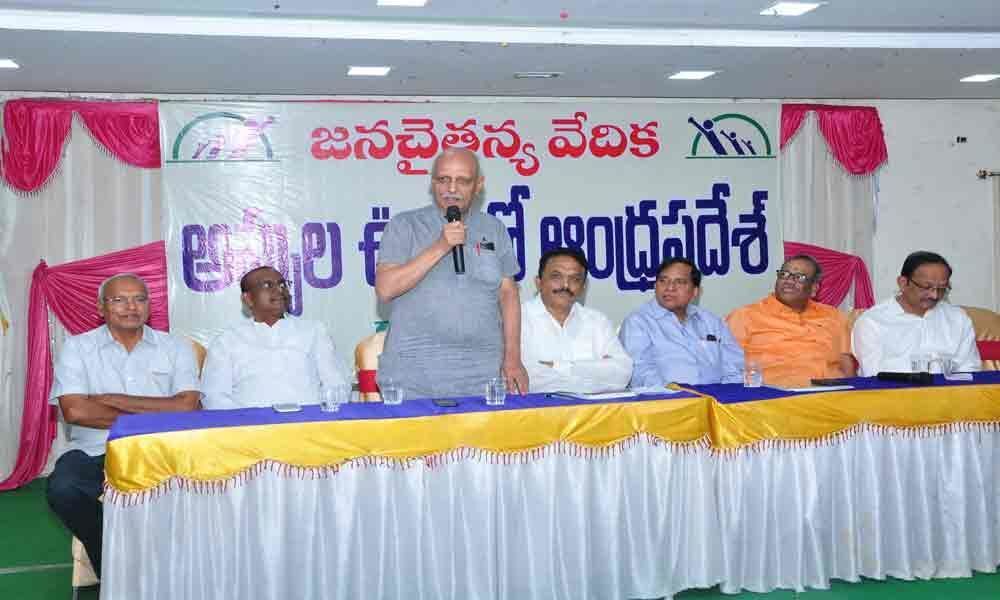 Former chief secretary IYR Krikshna Rao said that during the TDP rule state has became bankrupt and stuck in the debt trap.

Guntur: Former chief secretary IYR Krikshna Rao said that during the TDP rule state has became bankrupt and stuck in the debt trap. Krishna Rao addressed a meeting on 'Appula Oobilo Andhra Pradesh' at a programme organised in Maurya Function Hall under the aegis of Janachaitanya Vedika in Guntur city on Tuesday.

Speaking on the occasion, the former CS said during the last five years of TDP rule the government borrowed loans worth Rs 3.5 lakh crore from various agencies and added that the borrowed money was not properly used. He alleged the money was diverted to un-productive purpose. He alleged there was a large scale corruption in construction of Irrigation projects.

Former chairman of AP Council of Higher Education, Prof K C Reddy said that the state government borrowed loans to be repaid within 15-years and pointed that it imposed additional burden on the future governments. He said the government was paying Rs 20,000 crore as interest on the loans. He said if the irrigation projects were completed, it would generate employment opportunities.