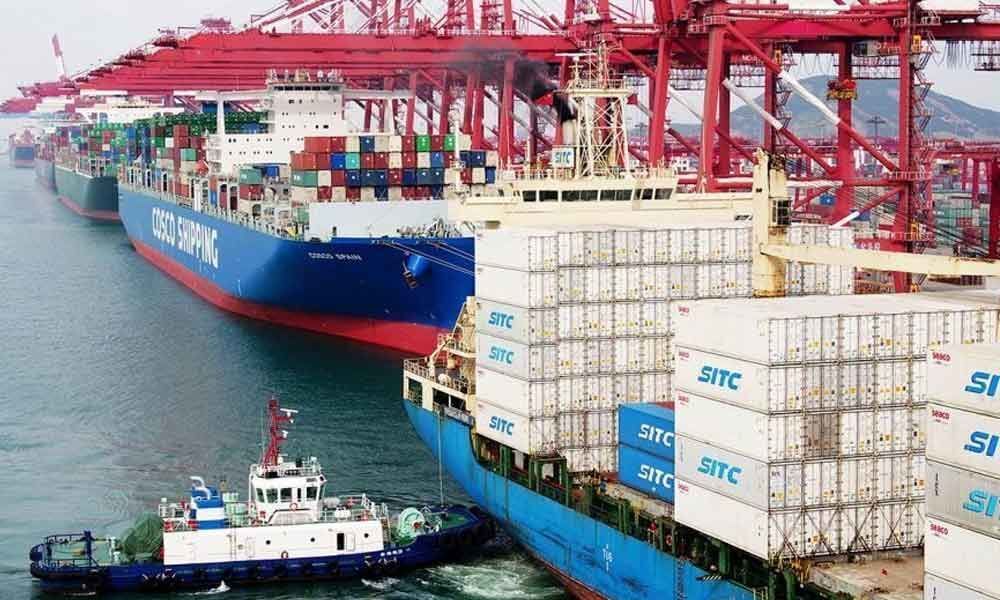 Washington: US President Donald Trump has said that he is prepared to impose tariffs on virtually all Chinese imports to the US as the trade war between the world's two largest economies intensified.

"We have the right to do another $325 billion at 25 per cent in additional tariffs. That is a tremendous amount of money that would come into our country.

I have not made that decision yet," Efe news quoted Trump as saying to reporters while welcoming Hungarian Prime Minister Viktor Orban to the White House on Monday.

Trump's comments came hours after China increased from 10 per cent to 25 per cent the tariffs it levied last year on $60 billion worth of US imports.

Beijing was retaliating for Trump's decision last week to enact an identical increase in the US import duties applied since last year to $200 billion worth of Chinese products.

Asked about the latest move from Beijing, Trump said he wasn't concerned about the impact on the US economy."I love the position we're in. There can be some retaliation, but it can't be very, very substantial, by comparison.

And out of the billions of dollars that we're taking in, a small portion of that will be going to our farmers because China will be retaliating, probably, to a certain extent, against our farmers," he said.

Trump said he was planning a $15 billion aid package for US farmers hurt by Chinese tariffs.

Chinese and US trade negotiators met last week in Washington, but they adjourned without an agreement and no further talks are scheduled.

The gloomy outlook for resolving the trade conflict spurred a steep drop Monday on the New York Stock Exchange, where the Dow Jones Industrial Average plunged 617.38 points, or 2.38 per cent.

Trump, however, said he was still hopeful about achieving a deal and revealed that he planned to meet face-to-face with Chinese President Xi Jinping at the June 28-29 G20 summit in Osaka, Japan.

"We're dealing with them (China). We have a very good relationship. Maybe something will happen. But we're going to be meeting, as you know, at the G20 in Japan. And that will be, I think, probably, a very fruitful meeting," he said in the Oval Office.

In 2018, the US imported nearly $540 billion worth of Chinese products, while its exports to China totaled $120 billion.

Trump blamed Beijing for the impasse in the trade negotiations."But we had a deal with China.

It was 95 percent there. And then, my representatives - as you know, (Treasury) Secretary (Steve) Mnuchin and Bob Lighthizer - Ambassador Lighthizer - they went to China and they were told the things that were fully agreed to we're not going to get anymore, they're going to un-agree to them. That's not acceptable," the US President said.

The "sticking point" in the talks was Beijing's resistance to the idea of enshrining in Chinese law measures about respecting the intellectual property of US firms operating in China, White House chief economic adviser Larry Kudlow said on Sunday.