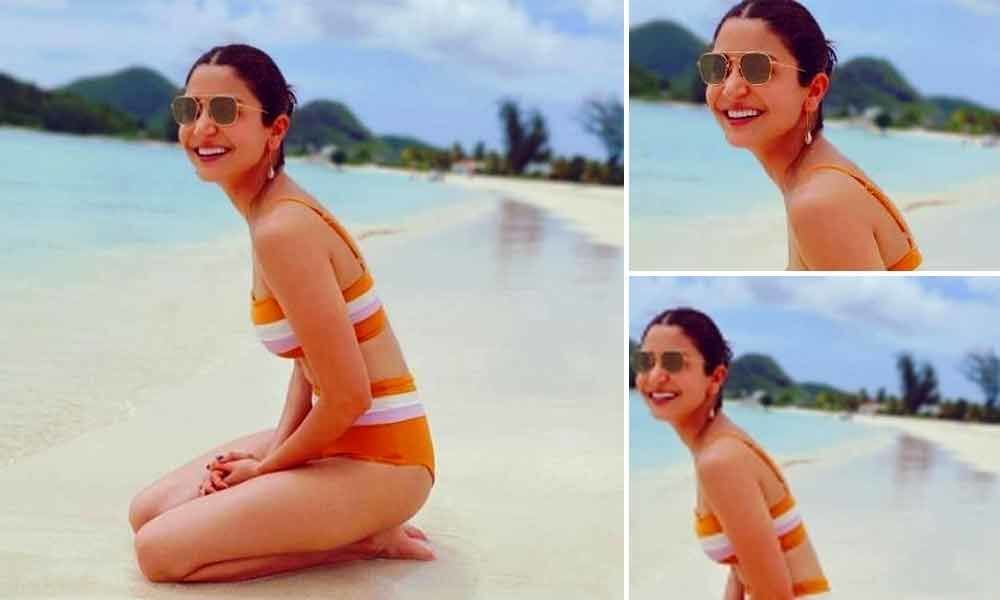 Bollywood actress Anushka Sharma's photograph from a beach here in West Indies has left her star cricketer husband Virat Kohli at a loss of words.

The "Phillauri" actress is currently in West Indies with Kohli, who is leading the Indian cricket team in a series against West Indies.

She took to Instagram, where she shared a flirty photograph of herself in an orange and white bikini. Anushka also sports a pair of sunglasses and her hair seems to be in a small bun.

The 31-year-old actress is sitting on the sands as the gentle waves of the sea spread around her.

On the work front, Anushka was last seen on screen in "Zero" alongside Shah Rukh Khan and Katrina Kaif.