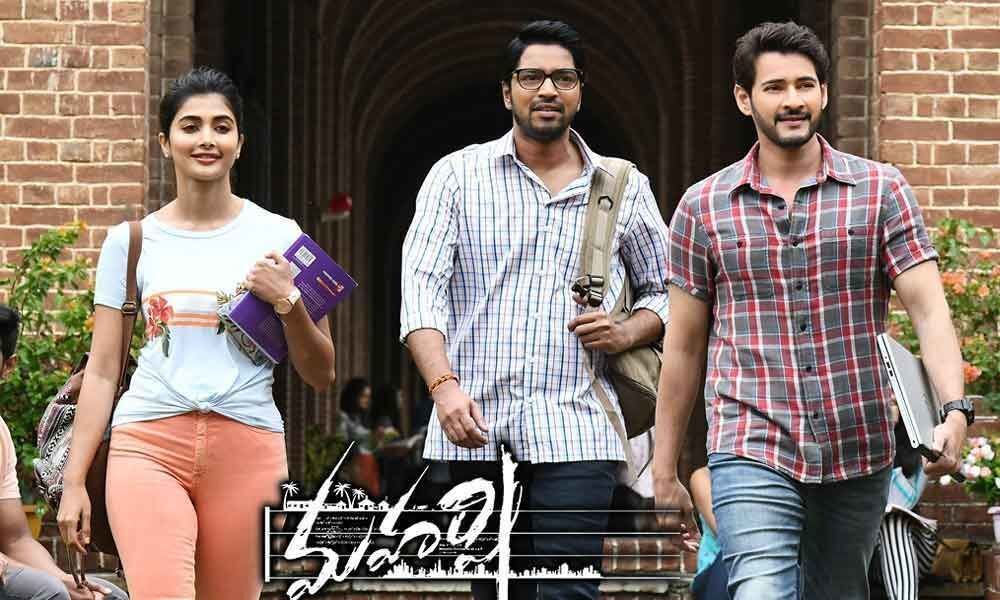 Superstar Mahesh Babu's much anticipated 25th film Maharshi has hit the screens the other day all over the world.

Superstar Mahesh Babu's much anticipated 25th film Maharshi has hit the screens the other day all over the world. Directed by Vamshi Paidipally, this film is produced jointly by Ashwini Dutt, Dil Raju and PVP Prasad. Pooja Hegde was the heroine and Allari Naresh played an important role.

As Mahesh Babu has a huge market value in the overseas, everyone thought that the film would break records at the US box office. The expectations were higher as the movie was the silver jubilee one for the actor. But, astonishingly, it has fared at a very average level on the first day.

Everyone expected the film to collect no less than $1 million through the premiers but Maharshi managed to collect approximately $500k. The collections are yet to be reported from a few other centres but finally, it will not go beyond $600k. On the whole, it was a disappointing start for the movie in the US.