Stage set for yet another poll battle in Telangana State 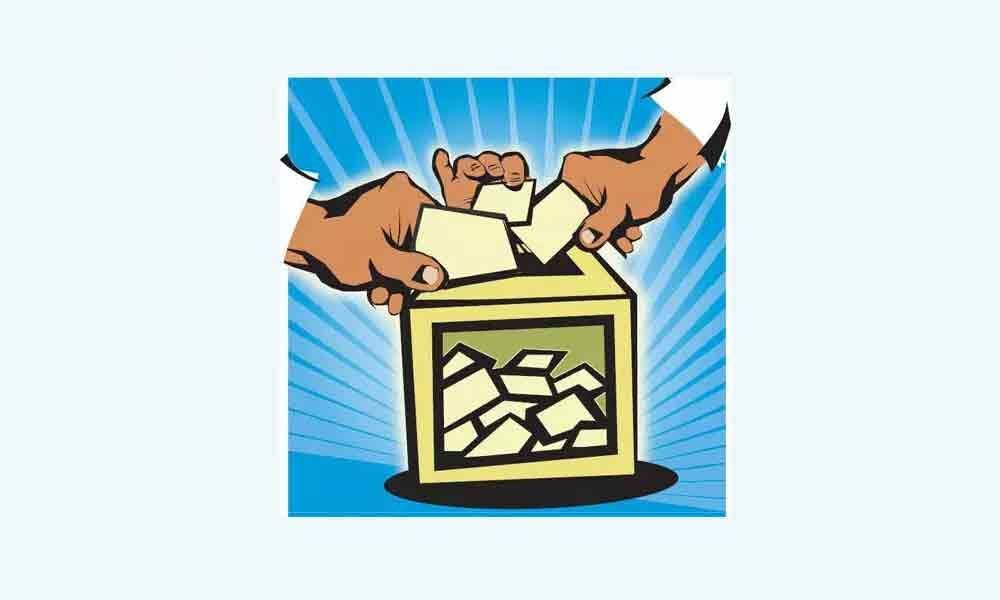 With the government having decided to hold municipal polls in August and the process set to begin in July, Telangana is going to witness another major political battle soon.

With the government having decided to hold municipal polls in August and the process set to begin in July, Telangana is going to witness another major political battle soon.

The government wants to complete the reservations by July 14 for SC, ST, BC and women categories.

It is going to be a test for two political parties, the TRS which is considered to have established its hold over the hearts of people of Telangana by winning big majority in Assembly polls and the saffron party which this time is seriously aiming to emerge as the alternative to the TRS.

In fact, the BJP which was not so sure of filling the political vacuum did not spend much in the Assembly elections.

But following the success it had tasted in the Lok Sabha elections, and the way the Congress is struggling for its survival, the BJP seems to have realised that it has great scope and as part of its aggressive strategies being adopted across the country, it has decided take it as a prestigious election and pave the road for 2023 Assembly polls.

It seems the BJP is roping in unemployed and youth who would become eligible for voting in 2023 as they feel that the TRS lost connect with them. It was the youth who were in the forefront of the agitation for separate Telangana.

In fact, soon after TRS president K Chandrashekar Rao undertook fast unto death demanding bifurcation of the State, it was the students who virtually took the agitation into their hands and took it forward.

Many students committed suicides for the cause of separate State. The university activities came to a standstill and it became the main hub of agitation for separate State.

When the TJAC gave a call for million march and other such agitations, it was students who took the lead and brought the administration in Telangana to standstill.

The main reason for their anger was lack of job opportunities in undivided Andhra Pradesh.

But after the bifurcation, there is an element of disappointment among the youth that the creation of jobs which was one of the elements in main slogan of TRS, (Nidhulu, Niyamakalu, Neelu) assets, employment and water has not been fulfilled even five years after the T State was formed.

The BJP feels that if it could exploit this and enlist the support of the students and youth, it would amount to winning half the battle. This of course appears to be the long-term plan. In the short term, it wants to attract the eligible unemployed youth towards the party.

The main fight in the municipal elections is going to be between the pink and saffron party. The Congress party despite winning three Lok Sabha seats, it still could not convert this into active come back mode.

The main problem that dogs the Congress party is uncertainty that refuses to end at the level of AICC. With Rahul Gandhi refusing to continue as AICC president, the party is almost rudderless. While that is the situation at national level, at the State level, the party had always suffered from lack of coordination and unity.

The big leaders have failed to hit the roads. They are yet to hold DCC meetings and decide what the agenda for campaign should be.

The latest issue of attack on Forest officials in Kagaznagar by a TRS MLA's brother has come handy for the BJP.

It wants that the government should not wash its hands off by punishing some police officials alone. They are likely to make the issue of alleged atrocities by TRS leaders and workers on the BJP workers across the State till now and the way the party leaders were resorting to attacks even on government employees.

Indications are clear that both the pink and saffron parties are gearing up for a direct fight no-holds-barred to win the municipal polls.

Let us only hope that use of money and muscle power will not creep into the poll strategies and poll management by these two parties.