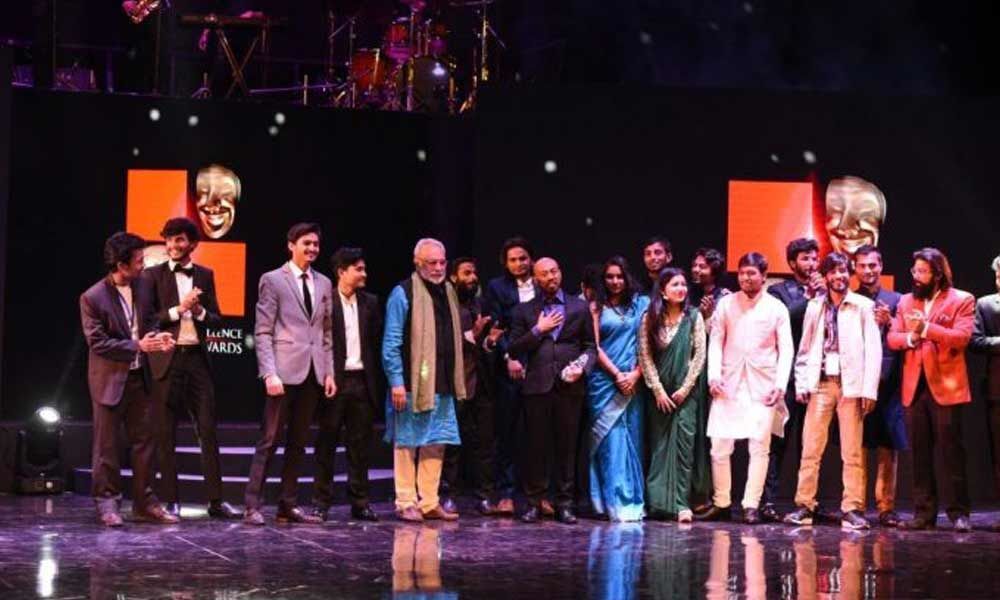 The theatre fraternity came together in News Delhi for the Mahindra Excellence in Theatre Awards (META) red carpet where awards were given in 14...

The theatre fraternity came together in News Delhi for the Mahindra Excellence in Theatre Awards (META) red carpet where awards were given in 14 categories.

The jury for the 14th edition of META comprised theatre actor and screenwriter Akash Khurana; founder of India Foundation for the Arts Anmol Vellani; popular Indian actress Ila Arun; actor Kulbhushan Kharbanda; and Director of the India Habitat Centre Sunit Tandon, among others.

Veteran Mahesh Elkunchwar, critically acclaimed and widely known for having experimented with a wide range of drama, was presented the prestigious Lifetime Achievement Award.

This year's edition of the festival saw a total of 414 entries, which were viewed by an eminent selection committee.

Shortlisted plays were then presented at Shri Ram Centre and Kamani Auditorium here.

Promoted by the Mahindra Group as part of its cultural outreach, META is curated by Teamwork Arts.

The award ceremony was held on Tuesday night.