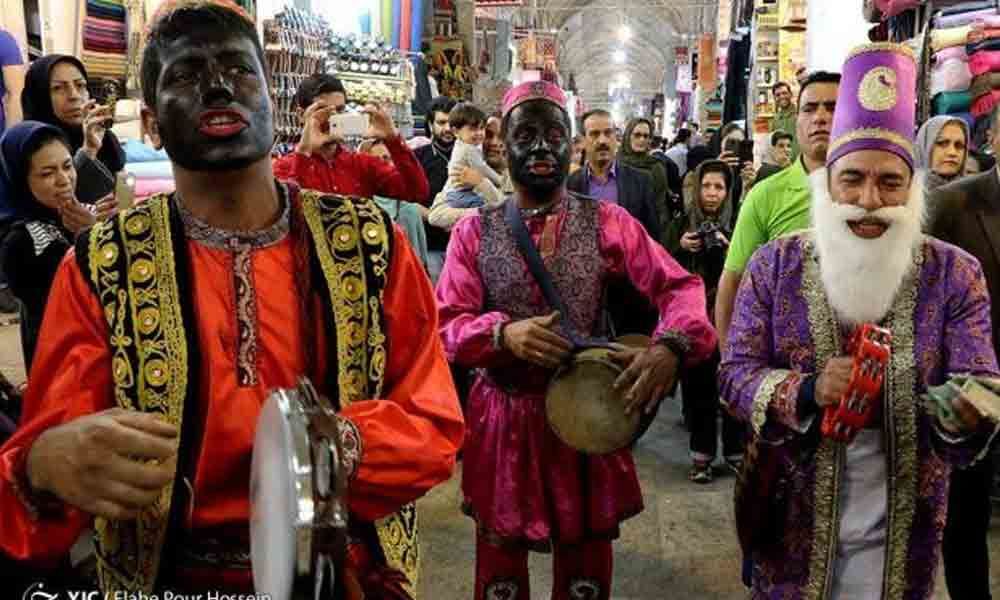 At this time of year, the meandering arcades and alleys of Tehran's Grand Bazaar and other markets would usually be filled with shoppers rushing to...

At this time of year, the meandering arcades and alleys of Tehran's Grand Bazaar and other markets would usually be filled with shoppers rushing to stock up before the Persian New Year, Nowruz — a major holiday in Iran, when the entire country goes on vacation.

Instead, roll-down shutters have closed most shops. Merchants who keep their stores open carefully take cash and debit cards between their index finger and thumb from worried shoppers wearing face masks. The new coronavirus has ravaged Iran, straining its hospitals amid over 17,000 confirmed cases and more than 1,100 deaths. It has also cut into the ancient Nowruz celebration that marks the start of spring and has further slowed the Islamic Republic's economy.

But though the traditional shopping spree is missing, Iranians appear not to be heeding warnings by health officials to stay home and avoid crowds to curb the risk of a further spread of the virus. "It is not like previous years, at all," said Mohammad Khademi, a garment trader in downtown Tehran's Baharestan Square. "No customer comes in." Most people who are infected by the new coronavirus recover, with some never showing symptoms.

However, the virus spreads rapidly and can kill the elderly and those with breathing problems or other underlying illnesses. Days of denials gave the virus time to spread in Iran as the country last month marked the 41st anniversary of its 1979 Islamic Revolution with mass demonstrations and then held a parliamentary election in which authorities desperately sought to boost turnout. Now, state television warns the virus could kill "millions" and a religious edict on Tuesday banned "unnecessary travel".

Iran's merchants — the so-called Bazaari class — have long been a political bellwether. The older among them say they can only remember one other time when so many shops were shuttered. "It reminds me when shops went on strike against Shah Mohammad Reza Pahlavi some 40 years ago," said Reza Jahani, a fishmonger. That strike fuelled the 1979 Islamic Revolution, which brought in Iran's Shiite theocracy and the civilian government the country has today.

This time the closures appear to be more about fear of the virus — a fear that's proving costly to the wider Iranian economy, already battered by US sanctions imposed after President Donald Trump unilaterally withdrew from Tehran's nuclear deal with world powers in 2018. Nowruz has a huge impact on Iranian retail sales, particularly in domestic travel. During last year's holiday, some 25 million travellers filled hotels, creating 1.2 million temporary jobs and USD 1.2 billion in revenue, according to a report by the moderate daily newspaper Hamshahri. The slowdown is also evident at the closed teahouses and Tehran's subdued train station, where customers come only for refunds. Tehran's Mehrabad airport, through which most of the capital's domestic routes pass, has about 20 flights per day — a stark contrast to about 400 daily flights during Nowruz in previous years. Authorities have installed checkpoints outside major cities and urged people not to travel, but there are worries people will ignore them, potentially sparking trouble.

The economic pain of the virus is felt across all industries as customers no longer want to have face-to-face meetings or buy items in person if they can help it. Iran's currency, the rial, which traded at 32,000 to the dollar at the time of the 2015 nuclear deal, is now over 160,000 to USD 1. "If you produce anything other than staples and necessary goods, nobody will buy from you and you'll be left with products with no consumers," said entrepreneur Behnam Tavakkoli. "This leads to unemployment of thousands of people, recession and high prices." Nowruz, or "New Day" in Farsi, is celebrated by some 300 million people in Iran and beyond, marking the spring equinox.

Families gather around tables set with the Islamic holy book, the Quran, as well as green wheat sprouts, apples, gold coins and either goldfish or oranges in a bowl of water. When the new year is ushered in — this year it's expected at 7:20 am on Friday — families embrace and kiss, hoping for better times. But the virus has cast a shadow on those hopes.

"After nearly 10 days in self-quarantine, I came out for less than an hour and bought bread and fruits for two weeks," said Samira Khani, a homemaker who wheezed while carrying a big basket full of bread, apples and oranges. "I feared that there may be a shortage because of the corona." The Iranian government has paid up to USD 40 to poor families ahead of Nowruz. Earlier in the week, Iran's paramilitary Revolutionary Guard forces distributed food among the poor in some Tehran neighbourhoods. "We do not offer food for publicity here. That's why we did not invite the press," said a Guard lieutenant, who spoke on condition of anonymity as he wasn't authorized to speak to journalists. "We are here for the sake of God and to protect our people." At a time of a global pandemic, Iran's poor likely will be the most affected, warned Tehran-based economic and political analyst Saeed Leilaz. "For poor street sellers it is worse, since they have to choose between the coronavirus and famine," he said. One hawker, Mehdi Ghasemi, sat near the Mohseni Square in northern Tehran, selling candles and trinkets — but people quickly passed by him. "People do not look at my offers at all," he said.