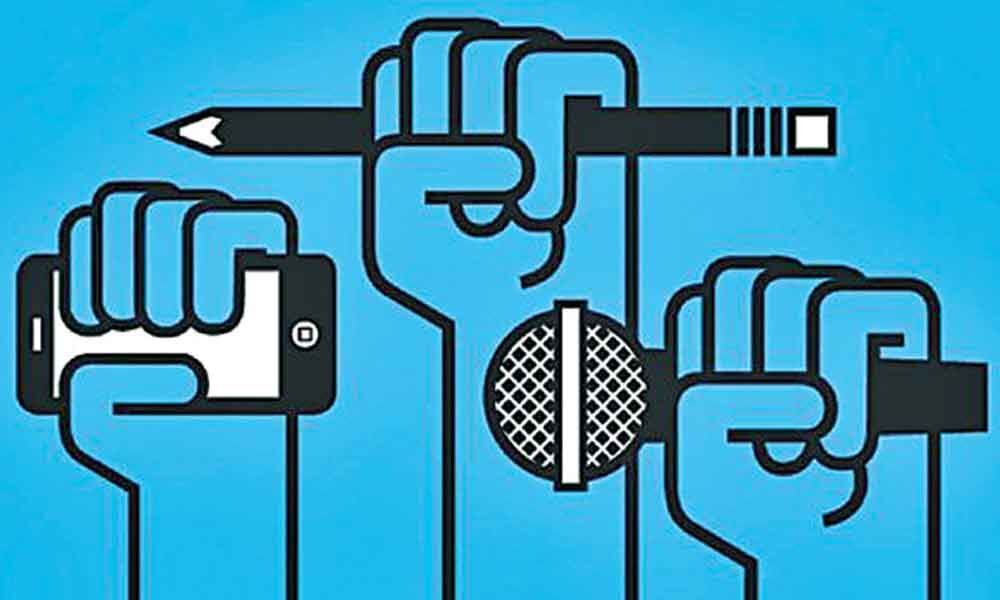 This is with reference to news, “Drops down a world press freedom index”. Our press freedom again plunges to lower level this year and stood in 140th...

This is with reference to news, "Drops down a world press freedom index". Our press freedom again plunges to lower level this year and stood in 140th place. There is no doubt that our media freedom is under threat.

Many journalists in India are facing life threats, beaten and killed for honest, fearless reporting. Last year six journalists have lost their lives.

Norway, which retained its first place in press freedom, has framed their laws for freedom of press long back and their policies on media ownership & transparency, and media pluralism particularly Norway's Media Ownership Act passed in 1997 made it "faultless" for press freedom.

Two years back, one day the oldest Newspaper in Kerala, Mathrubhumi did not provide any news and not even ads on the first page of their paper. They printed that page with black lines which struck off the letters as invisible. Many readers felt that it is a mistake of that newspaper.

But the newspaper intentionally did that on May 3, ie, on the World Press Freedom Day and stated that it is an expression of solidarity with journalists all over the world whose voices are being suppressed.

Last year IPC section 124 was used on Gopal, the editor of Nakkeeran magazine (investigative magazine), in Tamil Nadu, as he brought some real incidents to the limelight.

Huge responsibility of fighting against casteism, communalism and helping the society is on the shoulders of media.

Some bigshots and some of the people's representatives in the society are trying to controlling the journalist's work and due to that either the problems faced by the people are not coming to Limelight or the journalists are facing threats.

Every Indian is having freedom of speech. But we are worried about the freedom after speech. Our soldiers are protecting us and our country even at the cost of their lives. It is the responsibility of us to safeguard and support our honest journalists.