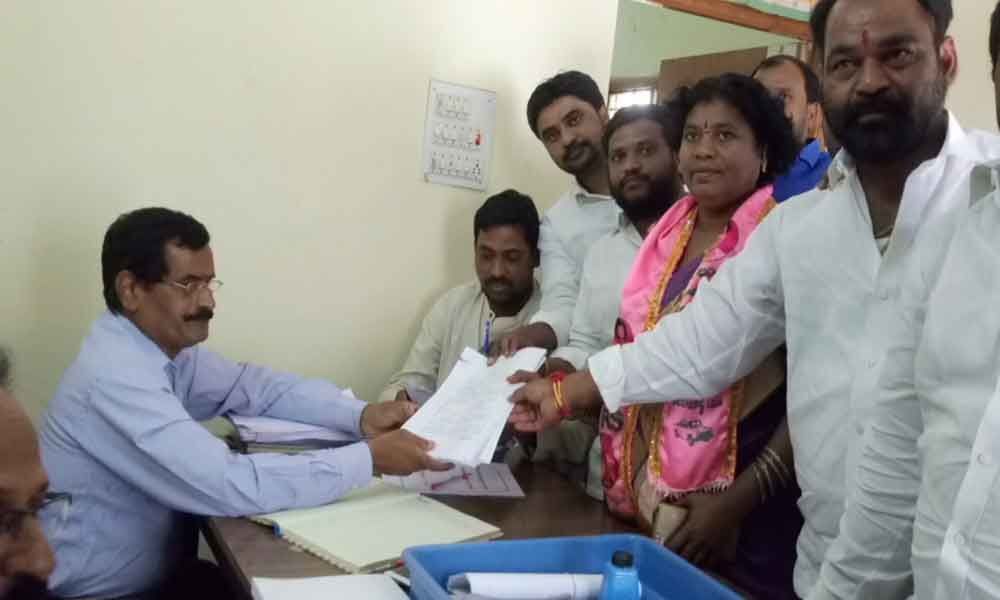 Among those who filed nominations for Patancheru ZPTC were Congress candidate Hari Panthulu Swathi, a resident of Muthangi village, and an independent candidate Pushpamma, a resident of Lakkaram village.