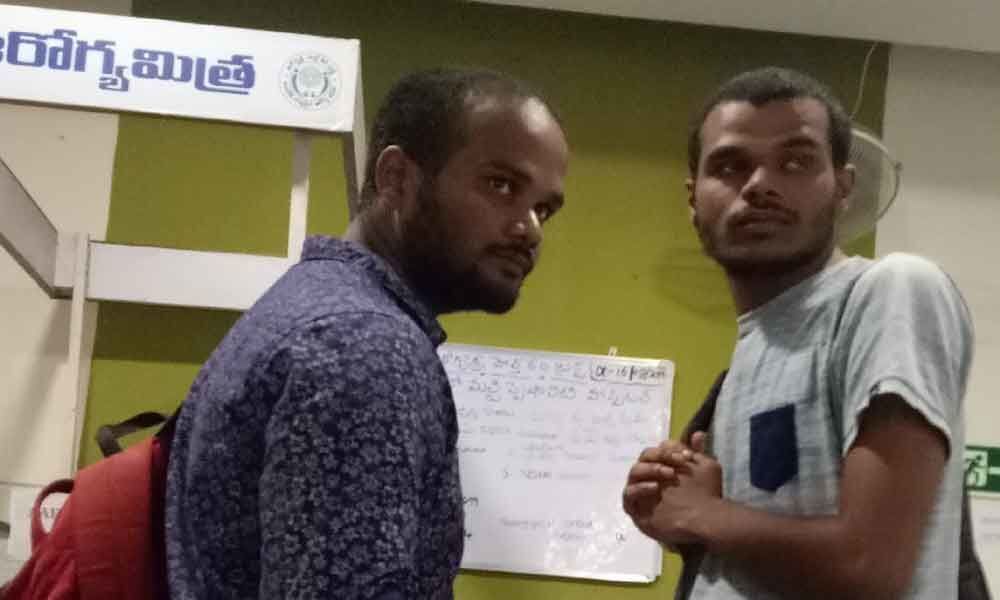 Withdrawal of medical services under the Employee Health Scheme for the state government staff and Aarogyasri scheme at private hospitals in the city left many patients who came for treatment on Friday in the lurch.

"Before the withdrawal of scheme, a minimum of 40-50 patients used to visit the out-patient wing every day, and from today, the OP ward has been closed. Today, as many as 15 patients under this scheme were forced to go back due to the scheme withdrawal and emergency cases were sent to government hospital," said Prakash, Aarogyasri Mithra at Yashoda Hospital, speaking to The Hans India on Friday.

T Uma, who underwent an open-heart surgery last month at Yashoda Hospital, said, "As advised by the doctor, I have come to the hospital for a check-up and after coming here, I came to know that the Aarogyasri scheme has been withdrawn and without having any option, I was forced to pay money for the treatment.''

Ramesh, who accompanied his elder brother for diabetic foot treatment at Apollo Hospital, said, "Last week, I took an appointment with doctor and today we have come and are shocked to know that Aarogyasri scheme has been stopped. There is no board outside the hospital premises regarding this closure. We have come all the way from Nizamabad and we both are farmers. As there is no option, I am taking my brother to government hospital."

Laxmi, Aarogyasri Mithra at Sunshine Hospital, said, "Due to withdrawal of the scheme, around 30-40 people left the hospital and around three patients with emergency urgency were forced to pay money for the treatment." The patients under this scheme, who are already admitted in the hospital, however, were happy that their treatment has not been stopped."

"I have come to Sunshine Hospital for my father's treatment, as he is having chest pain. We have come from Masjid Banda for the treatment, as near my area no private hospitals has this scheme. When we came here, I came to know the scheme has been withdrawn. Without having any option, I had to pay around Rs 4,000 for the tests. I run a small shop and now for the rest of the treatment I have to take my father to government hospital," rued Mohan Babu.