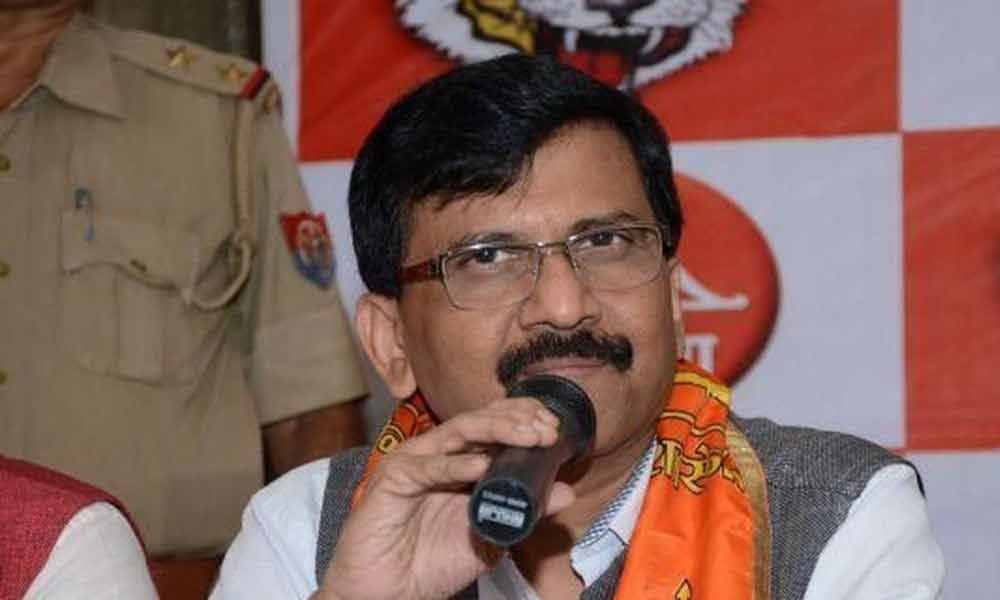 Sanjay Raut said that the Ram temple would be constructed in Ayodhya under the leadership of PM Modi and CM Yogi Adityanath.

Ayodhya: Rajya Sabha MP and Shiv Sena leader Sanjay Raut on Saturday said that the Ram temple would be constructed in Ayodhya under the leadership of Prime Minister Narendra Modi and Chief Minister Yogi Adityanath and the BJP won with a huge majority in general elections for its construction. The remarks came a day before party chief Uddhav Thackeray is scheduled to visit Ayodhya.

Talking about Shiv Sena chief Uddhav Thackeray's visit to Ayodhya on Sunday, Mr Raut said that party chief was fulfilling the promise he made during the last visit.

"Uddhav Thackeray is coming to Ayodhya tomorrow (Sunday). He will offer prayers at the makeshift Ram Lalla shrine in Ayodhya. All 18 newly elected MPs will also visit. This time, the atmosphere is better. Earlier, the atmosphere was tense," he said.

"He had made it clear during the last visit that for us (Shiv Sena), Ram temple issue is not a political matter. It is a matter of faith. He (Uddhav Thackeray) had said that he will come back to this place after elections along with his elected MPs. Hence, he is coming tomorrow to fulfil his promise made during the last visit," he said.

Mr Thackeray, along with his party 18 newly elected MPs, will visit Ayodhya on Sunday, the party had announced on June 7.

"Shiv Sena chief Uddhav Saheb Thackeray will offer obeisance to the Ram Lalla in Ayodhya on June 16. The MPs of Shiv Sena too will be accompanying him for ''darshan'' of Lord Shri Ram," a tweet by Shiv Sena Communications read.

Mr Thackeray last visited Ayodhya in November last year and had asked the central government to announce a date for the construction of Ram temple.

He had promised full support if an ordinance was brought for the purpose.

"We want the date when a temple will be made. First, tell us when you will make the temple, then we can talk about other things," he had said.