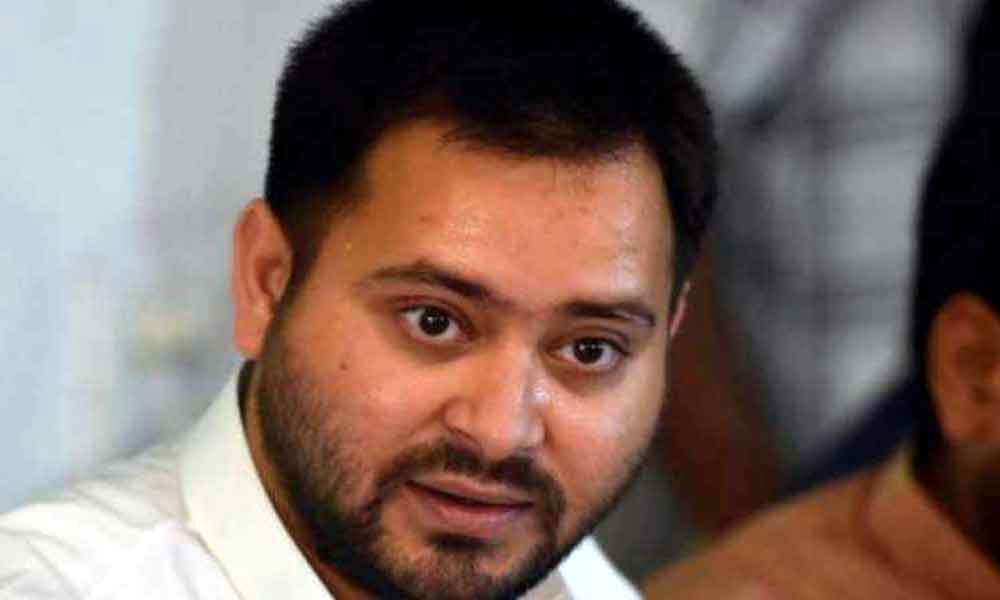 The CPI is committed to formation of a non-NDA government at the centre which the Left parties could influence in terms of policy formulation.

PATNA: The Communist Party of India on Wednesday claimed that its candidate for Begusarai Lok Sabha seat, Kanhaiya Kumar, was getting "excellent" support from all segments of the society and urged the Mahagathbandhan to ask the RJD nominee to retire from the triangular contest in his favour.

CPI general secretary Sudhakar Reddy made the appeal at a press conference here, where party national secretary Benoy Vishwa was also present, and claimed that the RJD candidate Tanveer Hassan the runner-up of 2014 was likely to finish third.

I would therefore urge Tejashwi Yadav (RJD heir apparent) to consider our appeal that Hassan retire from the contest.

He can do this much to help Kanhaiya get a decisive victory since the last date of withdrawal of nominations has elapsed, Reddy said.

Speculations have been rife that RJD founding president Lalu Prasad had initially thought in terms of backing Kanhaiya, former JNU studetns union president, whom he had applauded for having displayed fortitude while he was accused of sedition and put behind bars.

But, later he retracted at the instance of his younger son and political heir who said the CPI nominee belonged to the Bhumihar caste and hence supporting him may anger the party's own cadre which is dominated by Yadavs and Muslims.

The CPI is committed to formation of a non-NDA government at the centre which the Left parties could influence in terms of policy formulation.

We are truly saddened that we could not have a truck with the Mahagathbandhan in Bihar.

"Still, we decided to field our candidates in only a handful of seats and support the Grand Alliance in the remaining ones. We appeal to Tejashwi to consider our appeal for just one seat", Reddy said.

Asked whether Kanhaiya was getting support from members of his own caste, to which Giriraj Singh also belongs, who have of late veered towards the BJP, Reddy said the CPI does not think in terms of castes and religious groups.

But when we say he is getting support from all social segments we exclude none.

We decided to field Kanhaiya, who was framed in the sedition case on account of the BJPs policy of stigmatizing whoever disagrees with their ideology, since he belonged to the district and the area has had a strong legacy of the Left movement, Reddy said.

The CPI general secretary accused the Narendra Modi government at the Centre of having communalized the countrys atmosphere and reduced autonomous agencies like the Income Tax department, the CBI and the Enforcement Directorate to the status of departments of the BJP.

It is worrisome that they are fighting the elections not on the issue of governance but trying to whip up passions by continuously talking of the Pulwama terror attack, its aftermath, Pakistan, armed forces etc., Reddy said.

Replying to a query, he said I cannot exactly say how many seats we expect all Left parties to win in the current elections.

But I can wager that our performance will be much better than what it was in 2014.

Therefore, those who are trying to write us off in Begusarai, where we had finished five years ago and Hassan had polled more than four lakh votes, are committing a big mistake.

We have no problems with Hassan. Our fight is not against him. Nor are we asking him to retire from politics itself. He can try his luck in any number of future elections.

But this time, there is definitely a buzz around Kanhaiya.

It is not for nothing that leaders from other parties like CPI(M)s Sitaram Yechury and Swaraj India chief Yogendra Yadav are campaigning for him, Reddy added.