Future of 'Mahagathbandhan' and emerging trajectories of 2019 polls 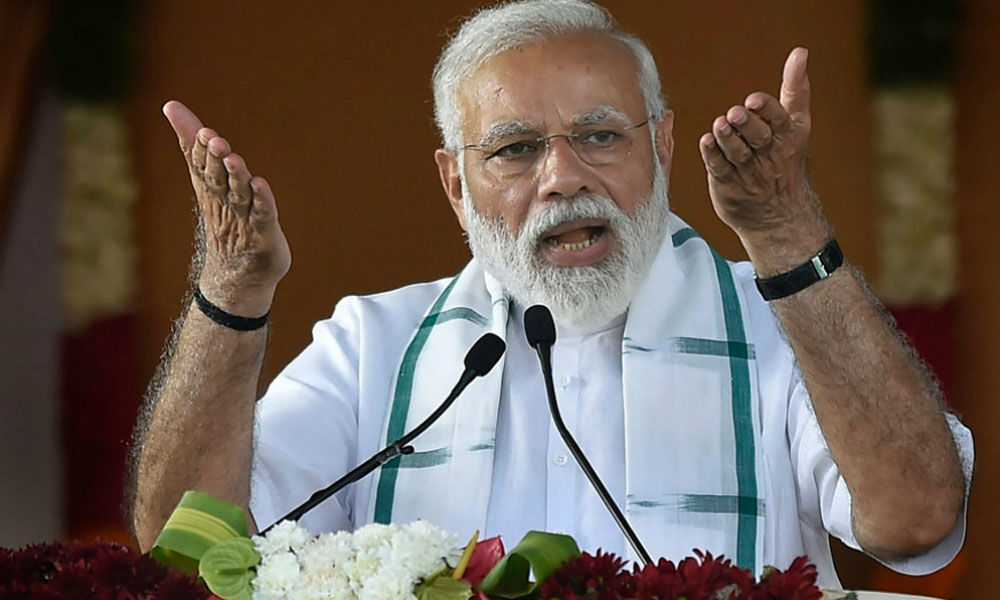 Indian politics is always moving along new, emerging trajectories. After 20 years of the Congress dominating electoral politics, it was perhaps in 1967 that for the first time the party faced a setback.

Indian politics is always moving along new, emerging trajectories. After 20 years of the Congress dominating electoral politics, it was perhaps in 1967 that for the first time the party faced a setback. In 1977, there was another strong anti-Congress mood prevailing in the country following the Emergency. But then, Indira Gandhi once again returned to power with a solid majority, partly due to the Morari-Charan Singh coalition experiment flopping.

I recall a particularly interesting anecdote from 1989. V.P. Singh had told both the communists and the Bharatiya Janata Party (BJP) that they needed to run the country collectively for a period of five years. He argued that there shouldn't be any open quarrel, that any differences which could and most likely come up needed to be dealt with. To cement this, he instituted a practice of a weekly dinner. But even then, the differences were plain to see.

At the dinner, with the Prime Minister playing host and the Left parties and the BJP - who supported his government - joining in, there would be two separate sections. One had vegetarian dishes and the other non vegetarian dishes. Veteran BJP leader L.K. Advani would queue up with his plate on the vegetarian side while the late Left leader Somnath Chatterjee would be on the other side. V.P. Singh would stand in the centre - a centrist leader trying to keep his two disparate allies together. We all know what happened next - the differences that emerged over the Mandal-Kamandal politics that defined politics.

In 2019, once again, we are seeing the resurgence of coalition politics. Prime Minister Narendra Modi has ridiculed the 'mahagathbandhan' as an instance of 'mahamilawat', with the opposition parties arguing that the Modi government has failed to fulfil the different regional aspirations of the country. The government is autocratic, does not believe in the voice of democracy and is a 'threat to federalism' are hashtags of the opposition campaign.

The debate over federalism in the country is inevitably linked to the concept of coalition dharma in Indian politics. But, as we stand today in 2019, where does that coalition lie, what is the actual scene, the 'zamini hakikat' or ground reality.

Take the instance of Delhi's Arvind Kejriwal and his attempts at forging ties with Rahul Gandhi and the Congress in Delhi. It is a bad cocktail. Many in the Congress party's Delhi unit remain pathologically anti-AAP, arguing that a short-term alliance with the party that dethroned them in Delhi would pose a long-term existential threat in the state for them.

Let's take another example. In Uttar Pradesh, neither Mayawati nor Akhilesh Yadav have reacted well to Rahul and Priyanka Gandhi Vadra's political overtures. Even within the Samajwadi Party, there remain divisions. Mulayam Singh Yadav, his wife and daughter-in-law are actively working against Akhilesh, said party leaders.

In West Bengal, the Congress and the Left alliance has crashed before it could start. West Bengal's senior Congress leader Abdul Mannan tried a lot to make this happen. But ultimately, the personal chemistry between Mamata Banerjee and Rahul Gandhi is not at its best. Banerjee was never keen on an alliance with the Congress because she knows that in Bengal, the grand old party is in a state of decay. Eventually, the BJP will become the main opposition. But right now, the Trinamool's domination, on the basis of Banerjee's brand equity in the state, is undeniable. She has virtually become the Congress in the state, taking up the space that they once occupied. She remains that rare leader who left the Congress and managed to take the entire vote share with her. She knows that if her party was to align with the Congress, it would be the Congress that would benefit more in the state than the other way around.

In Andhra Pradesh, N. Chandrababu Naidu is in a more deplorable position. Y.S. Jagan Mohan Reddy has become a serious threat to the Telugu Desam Party (TDP) and, as a result, Chandrababu had to forge an alliance with the Congress to try and portray Reddy as an agent of the BJP. For him, the strategy is perfect - but Banerjee remains more confident of her position so chose not to go into a pre-poll alliance. But does having Naidu on his side help Rahul Gandhi? In Telangana, he remains the main khalnayak since he was opposed to the formation of a separate state. One senior Congress leader admitted that the leader had become a "gale ka haddi" (bone stuck in throat) for the Congress.

Similarly in Maharashtra, the Congress-Nationalist Congress Party relations have not been the best. Sharad Pawar has never, personally, been a trusted leader for the Congress.

The problem, historically for the Congress, is that they are not a very ally-friendly party. In fact, the Congress style still has a 'zamindari' mindset, a feudal attitude that is as deeply rooted to their party as its history itself. Earlier, the Congress working committee meetings would take place with leaders sitting on mattresses on the floor, white sheets pulled over them. It was a tradition that started from the earlier days of the Congress in Anand Bhawan in Allahabad. The building is now a museum, with the room where the meetings were held memorialized, complete with the mattresses and the white sheets.

Rahul Gandhi has tried to bring about changes. Now, the Sonia-Rahul-led Congress Working Committee meetings are held in a corporate style. But this is just a change in form, an exterior change that failed to address the underlying issues. Can the Congress completely rework its zamindari DNA? When Rahul Gandhi took over the CWC, he also tried to go it alone. His goal was independent growth of the party. Why should the Congress presuppose coalitions? As a result, the formula for him was one of ekla chalo.

The Congress meet at Pachmarhi was where the seeds of the coalition were planted and then under the leadership of Sonia Gandhi a roadmap was drawn out during the Shimla Summit. This yielded the party dividends then, but today the Congress has to reconsider. This coalition can only come through federalism, keeping the regional, so-called secular forces with Rahul Gandhi. Recently, in the Karnataka Assembly elections, the Congress managed to remove the BJP government only by giving up the driver's seat to HD Deve Gowda's son, HD Kumaraswamy. But, that was a state election. Ultimately, at the national level, in order to combat Modi, a more serious face is needed and the grand alliance still remains in a shambles.

There is growing discontent among regional parties and secular left-liberal intellectuals against him and the main complaint is that, so far, the interpersonal relations required to make such a coalition work has not been seen. Sonia Gandhi had once famously walked to Ram Vilas Paswan's house from her own at 10, Janpath to forge an alliance. True, this was optics for the media. But, even then it was a strong message of her willingness. But, this is something that Rahul Gandhi cannot do.

I do not want to pin the blame solely on him. Regional parties also have to take a share of the blame. Take Mayawati, for instance. Why is she so dead set against the Congress? Advani had told me a very interesting story years ago. When, for the first time, the BJP made an alliance with the BSP and the latter rejected the Congress proposal - it was the late Kanshi Ram who forged the alliance with Advani. Kanshi Ram told Advani: "I have told Mayawati, in the futureawhen I am not there, never go with the Congress. There should be no direct alliance."

Why? The reason that Kanshi Ram had explained to Advani was that the Dalit vote had originally been the Congress vote. It was Gandhi who used the term Harijan and it was only much later that the Dalit vote emerged as a force that demanded its own separate representation. Simply put, an alliance with the Congress could mean that this vote returns to the fold.

Political scientist Rajni Kothari had once said in Indian politics it was the Congress system: a one party dominant (Congress), multi party system. Congress was the platform where all religions, all castes, all regional aspirations and all languages would vote. But as the leadership grew increasingly alienated from the masses, it was the end of innocence. Regional parties grew, and the BJP became a national party.

For India, there have been Morarji Desai, Chandrababu Naidu, V.P. Singh, Chandrashekhar, Deve Gowda and I.K. Gujral. So, the country has experienced a coalition government. But the reality is that the Congress is weak today and railway bogies cannot run the engine. The fate of the mahagathbandhan remains shrouded in pessimism.