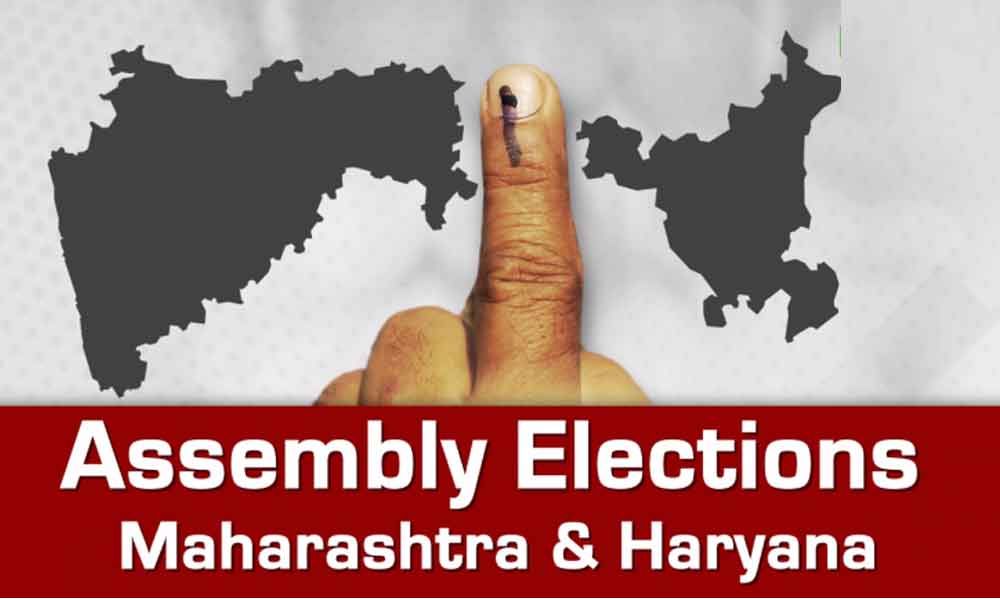 According to exit poll predictions, the ruling Bharatiya Janata Party (BJP) appears to be set to win with a bigger mandate this time in Maharashtra and Haryana. Assembly elections were held on Monday in both the states.

Exit polls varied widely in their projection of seats for the rival alliances but predicted a comfortable win for BJP after the abrogation of Article 370 in Jammu and Kashmir and national security at the centre of its campaign, in both Maharashtra and Haryana. Especially in Haryana, the BJP win was predicted to be even more dominant.

The India Today-Axis-My-India exit poll predicted that the BJP-Shiv Sena alliance would win between 166 and 194 seats in the 288-member Maharashtra Assembly while the Congress-NCP alliance is predicted to win between 72 and 90 seats.

In 2014 state election, the BJP had won 122 and Shiv Sena won 63 seats. In that year BJP and Sena fought elections separately with no alliance. An alliance was formed post-election results and they won 185 seats totally. h

The rival NCP-Congress camp is expected to win between 72 and 90 seats in the 2019 Maharashtra assembly election as predicted by India Today-Axis-My-India exit poll.

In 2014, Congress and NCP had won 42 and 41 seats by the Congress and the NCP. Both the parties contested separately then.

News18-IPSOS exit polls predicted 142 seats for the saffron party and 102 for its ally Shiv Sena. The Congress and the NCP would bag 17 and 22 seats respectively, it said.

The Times Now predicted 230 seats for the BJP-Shiv Sena cadre and 48 for the Congress-NCP.

The ABP-CVoter projected 210 seats for the BJP-Shiv Sena and 63 for the Congress-NCP.

The ABP News-CVoter forecast 72 seats for the ruling BJP in the 90-member House, while the Congress is projected to win only eight seats in the 2019 Haryana assembly election.

The Times Now survey gave the BJP and the Congress 71 and 11 seats.

The CNN-IPSOS projected 75 and 10 seats for BJP and Congress respectively.

In the 2014 Haryana assembly election, the BJP won 47 seats out of 90, the Indian National Lok Dal (INLD) won 19 seats, the Congress won 15 seats while others bagged 9 seats.